Inter part ways with coach, Conte tipped to take over 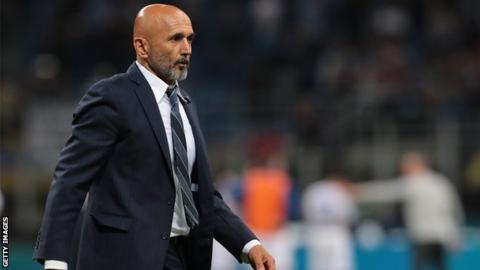 Inter Milan have parted ways with their coach Luciano Spalletti who arrived at the club in mid 2017.

The 60-year old gaffer recently steered the side to a Champions League berth for a second successive season.

The Serie A giants confirmed the news in a statement on Thursday morning.

“Luciano Spalletti is no longer head coach of the first team,” said Inter.

“The club wishes to thank Spalletti for his work and the results achieved together.”

Former Chelsea coach Antonio Conte has been tipped to take over the reins and reports have suggested that he has already signed a three-year contract with Inter.