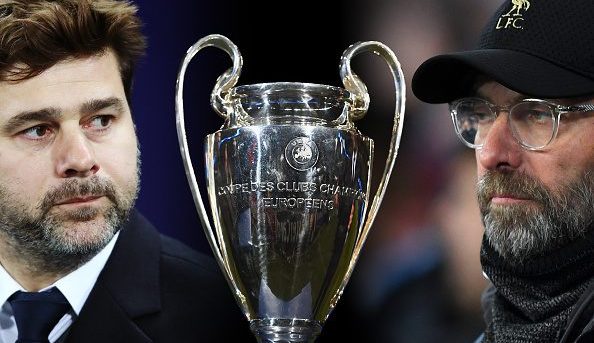 The 2019 UEFA Champions League final at the Wanda Metropolitano Stadium will put the football world to a standstill as English sides Tottenham Hotspur and Liverpool battle for European football’s greatest club prize tonight.

The Reds produced an outstanding display to overcome a 3-0 deficit and knock out Barcelona in the semi-finals while Spurs’ Brazilian forward Lucas Moura scored a dramatic injury-time winner against Ajax to set the stage for an all English final in Madrid.

Both parties will welcome key men up front, with Mauricio Pachettino’s side embracing the return of captain Harry Kane from injury while Jurgen Klopp’s team gets the boost of striker Roberto Firmino, who will most likely to partner Mohamed Salah and Sadio Mane in the attack.

The encounter will be Klopp’s third Champions League final, after 2013’s loss against Baryen with Borrusia Dortmund and last season’s defeat to Real Madrid in Kyiv.

Pochettino, on the flip side, will be taking charge of his maiden final and hope that his side carries the momentum from the impressive semi-final defeat of Ajax.

The match will be live on SuperSport 3 and kick off is 21:00hrs.