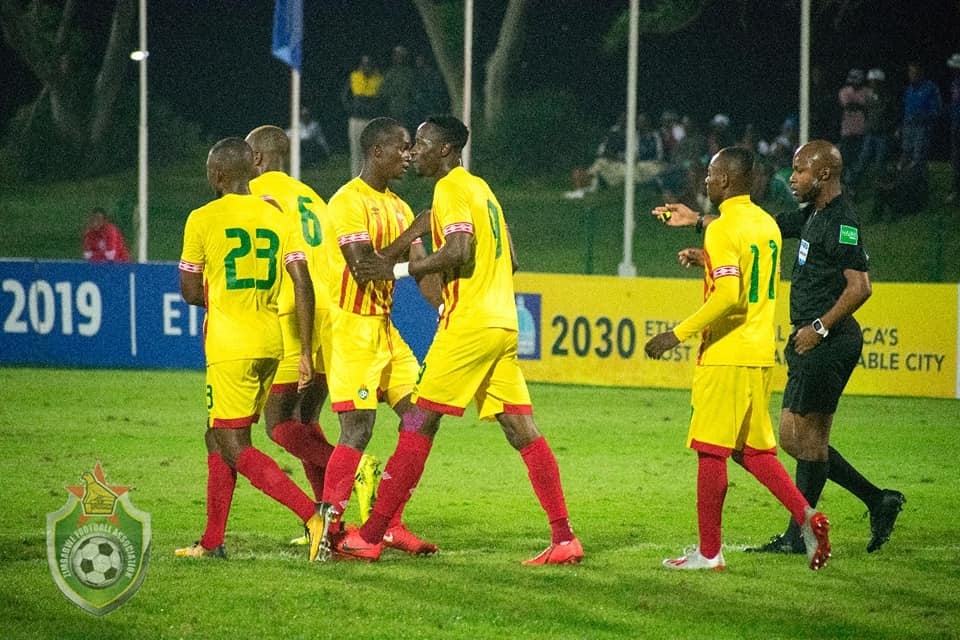 Zimbabwe has advanced to the semifinal of the COSAFA Cup after beating Comoros 2-0 in a match played on Saturday.

Despite dominating possession and creating several chances throughout the game, the defending champions only managed to get two first-half goals from Evans Rusike and Khama Billiat.

They controlled the play from the initial whistle and got the breakthrough in the 6th minute when Rusike headed in a cross by Tendayi Darikwa.

Comoros never showed any intention of restoring parity as Zimbabwe followed up with a couple of opportunities from Billiat, Kadewere and Rusike but all failed to convert them.

Nonetheless, the Warriors got their second on minute 36 when Butholezwe Ncube found Khama in the box who tapped the ball in from an acute angle.

Karuru could have added another one a few moments later but blew his effort over from a close range.

The second period witnessed a trail of missed chances from Zimbabwe and Comoros making their first real opportunity of the game on the hour which keeper Edmore Sibanda saved.

The play later slowed down as both teams started to fizzle out and the encounter ended with Warriors still leading 2-0.

The defending champions join Lesotho in the semi-finals who beat Uganda after a penalty shootout.