Chicken Inn moved to the top of the table following a 3-1 victory over Caps United at National Sports Studium on Sunday.

Clive Augusto netted a hat-trick to take his goal tally to eleven after Match-day 10.

The striker opened the scoring on minute 24 after goalkeeper Chris Mverechena failed to clear the ball away for safety. The goal was a sucker punch to the home team who had dominated play in the opening stages of the game.

The Green Machine responded with a few attacks before the break which they failed to convert including a glorious opportunity for Dominic Chungwa which he sent off target just over the half hour mark.

Sensing the danger of losing the advantage, the Gamecocks added another cushion less than ten minutes into the second half courtesy of Augusto’ effort from an indirect kick.

However, Chungwa pulled one back on minute 77 but the hopes of completing a comeback faded away soon after Augusto bagged his hat-trick with only five minutes to the clock.

The result put Chicken Inn on 22 points and only separated from Caps United by a superior goal difference.

In Bulawayo, Highlanders registered their second victory of the campaign and moved out of the drop zone after dispatching ZPC Kariba 2-0.

Bosso dominated the game from the first whistle as they searched for an early goal. Their first real chance came five minutes later when Brian Banda’s free-kick from the edge of the box forced goalkeeper Takabva Mawaya into a strenuous save.

The home team finally got the breakthrough on minute 24 when keeper Ariel Sibanda converted from the spot following a handball incident inside the box.

ZPC never made any threatening attempts until the second and we the ones who almost conceded another goal before the break and only got saved by the woodwork which denied Prince Dube.

The game was sealed by substitute Tinashe Makanda who doubled Bosso’s lead on minute 84. 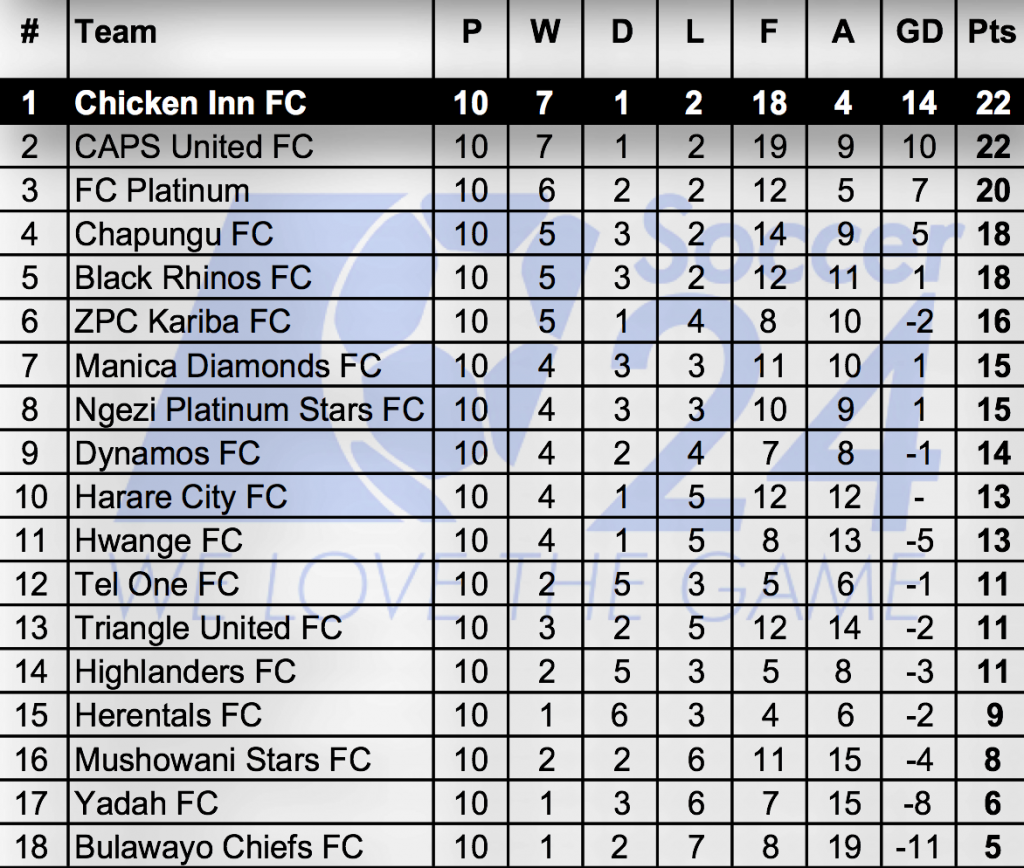