CAF President Ahmad Ahmad was released by French investigators on Thursday evening without charge against him.

Ahmad was picked up by the police at the Berri Hotel in Paris on Thursday morning for questioning following accusations corruption which rose from a contract dispute with Puma. 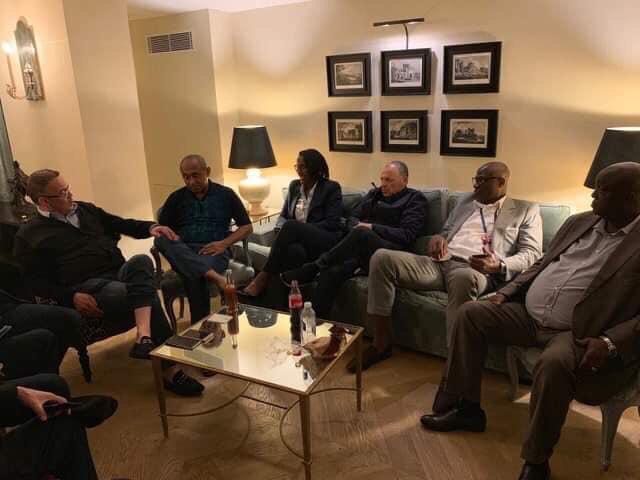 Ahmad Ahmad (second from left) in his hotel residence in France shortly after being released . He was found not guilty of any wrong-doing.

CAF terminated their contract with the German sportswear manufacturer in favour of Technical Steel. Ahmad is accused of having influenced this decision, standing to be rewarded with up to $830,000.

FIFA confirmed the detention but refused to comment further on the issues saying they were still waiting to get more information.