CAPS United suffered a second successive defeat when they lost 3-1 to Herentals in a Match-day 11 encounter played at National Sports Stadium on Saturday.

It was indeed a bad day for Green Machine as they also finished the game with ten men after keeper Prosper Chigumba received a straight red card in the second half.

The Students started the game on high and, they could have grabbed an early advantage, but Blessing Majarira missed a glorious attempt in the 3rd minute.

Gabriel Nyoni had his shot saved at the other end on quarter hour before John Zhuwawu got it right and opened the scoring eight minutes later.

CAPS went to the break in the lead despite Herentals’ efforts to get an equaliser.

However, parity was restored a few moments after the hour through Kelvin Bingala. Majarira followed up with a great shot which almost sent Herentals in front on minute 71 but the effort crashed against the crossbar.

Chigumba’s expulsion following a deliberate handball outside the box on the 79th minute proved to be the turning point as the home team, through Juan Mutudza, took the lead from the resultant freekick.

The Students killed the contest with four minutes to the full-time courtesy of Tafadzwa Chitukutuku who made it 3-1.

Across the city at Rufaro Stadium, Highlanders dropped points after losing 1-0 to Yadah who got their second victory of the season.

Tafadzwa Makahlera netted the winner on the 40th minute, a few moments after Ralph Matema had failed to break the deadlock from the spot.

The Stars were awarded a penalty after Nqobizitha Masuku handled the ball inside the box.

Elsewhere, Harare City won 2-1 against Chicken Inn while the game between FC Platinum and Ngezi Platinum played at Baobab Stadium ended in a goalless draw. 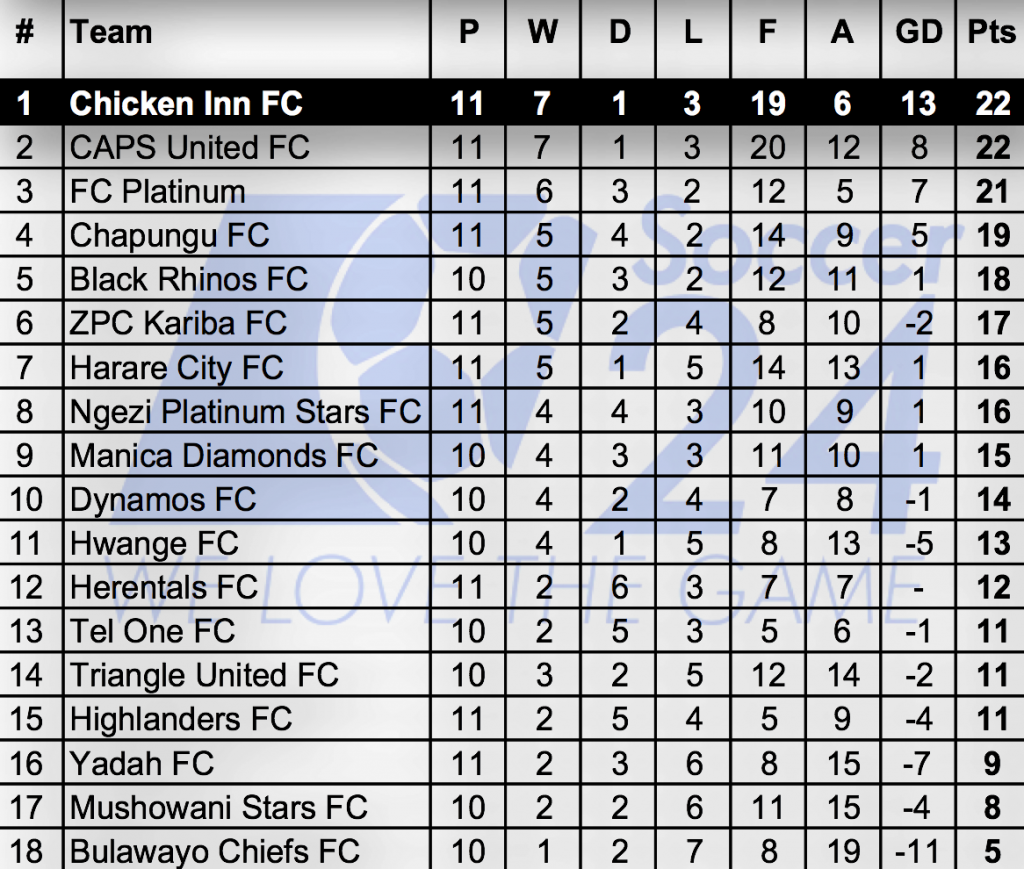