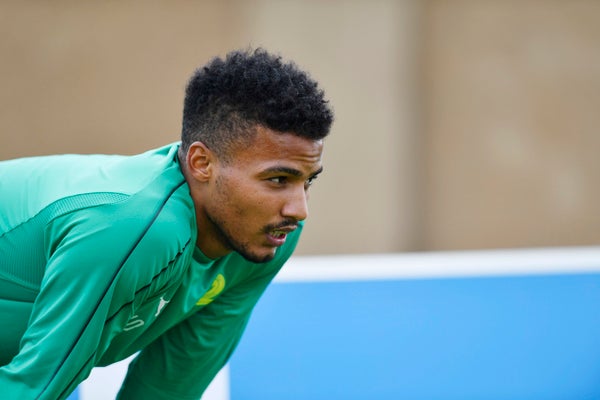 South Africa national team defender Rivaldo Coetzee has been dropped from the Afcon preliminary squad after he went AWOL.

The Mamelodi Sundowns centre-back left the camp to visit his sick mother but failed to keep communication, and this left coach Stuart Baxter with little choice but to cut him from the squad.

“We gave him permission to go to his mother,” Baxter said, according to IOL. “And then‚ we heard nothing for three days.

“All we can tell you is he’s in the Northern Cape somewhere‚ that makes him unselectable.

“If you want to play for your national team, then we’re guessing that you’re at least in touch with your coach, saying that‚ ‘Look‚ I’m coming. Don’t worry about me‚ I’m training’.

“I’m not going to go out and slaughter him, because I don’t know the situation there. All I’m saying is that he’s not got back to us, and that’s disappointing.”

Meanwhile, attacking midfielder Keagan Dolly was forced to withdraw from the squad last week due to a hamstring injury.