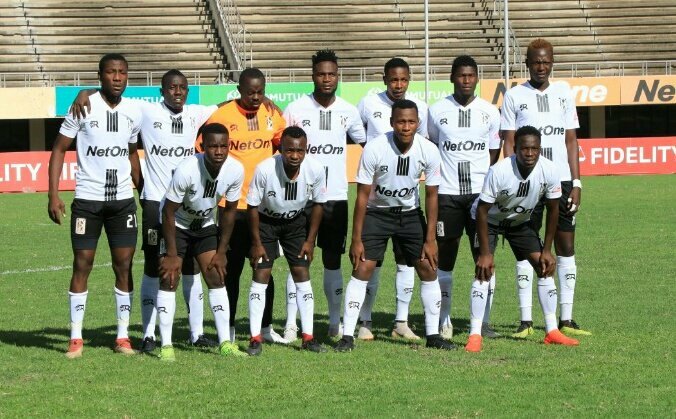 Highlanders have stretched their dominance over perennial rivals Dynamos after registering another victory in a match played at Barbourfields Stadium on Sunday.

Bosso who last lost to Dembare in June 2015 put on a great performance to win the tie 1-0, thanks to a second-half effort from Cleopas Kapupurika who netted against his former team.

The game had a pacey start with both teams taking chances to attack, but it was the home side which enjoyed a territorial advantage in the opening moments.

The first real chance of the encounter, however, came later in the 11th-minute when Kapupurika got the space and hit a shot from a range, only to miss the target by inches.

Highlanders come back again with Devine Mhindirira who went closest on the goal thus far on minute 21, but the finger-touch of goalkeeper Simbarashe Chinani saw the ball hitting the woodwork.

The hosts followed up with a couple of threats, and the outstanding performance of Chinani kept them at bay.

At the other end, the Glamour Boys’ offences were easily thwarted by the backline of Tshilamoya and didn’t make any serious menace to goalkeeper Ariel Sibanda as the game went to the break with both sides tied in the deadlock.

Highlanders picked up from where they left in the first period but failed to get an early goal after the interval.

It was, however, Dynamos who almost opened the scoring towards the hour when Jarrison Selemani beat his markers into the box before shooting over. Captain Edward Sadomba also got an opportunity a few moments later but had his effort saved by the keeper.

Bosso responded with an unmarked Ray Lunga at the end of an attack, only struck over from an unmissable position.

Kapupurika finally secured the breakthrough for the home team when he effortlessly tapped in a free-kick on minute 71.

Dynamos never showed any intention of a comeback, and it was Highlanders who retained the possession and sucked any threat from their opponents for the remainder of the game.

Elsewhere, it was a chest full of draws as the other four Match-day 12 encounters on Sunday ended in a stalemate.

CAPS United played Telone to a deadlock in a six-goal thriller at the National Sports Stadium while Manica Diamonds’ first home match in Manicaland ended in a goalless draw against Ngezi Platinum.