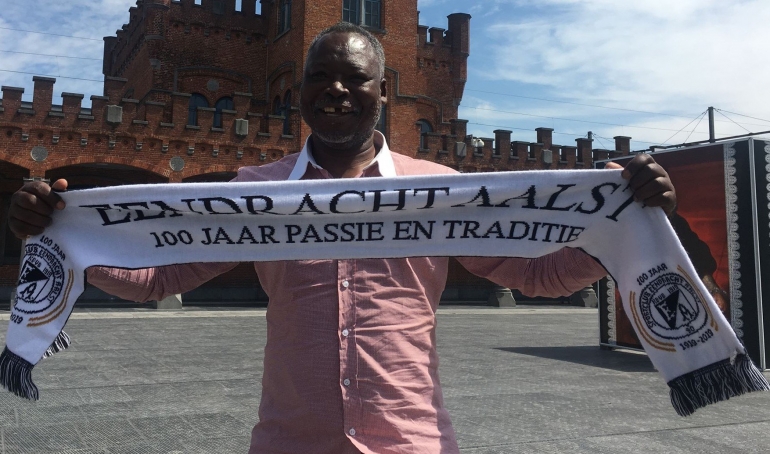 Moses Chunga has arrived in Belgium where he is set to be honoured by his former club Eendracht Aalst.

The former Warriors midfielder played at the Belgian side for five years in the late 80s to early 90s and was also the captain at one point.

Chunga was last month named in the Aalst’s Team of the Century and will officially receive the honour at the club’s centenary celebrations this Friday.

Aalst confirmed the Chunga’s arrival in statement posted on their official website.

“High visit for the centenary of Den Iendracht, it’s none other than club legend Moses Chunga who has just arrived in Aalst,” reads the statement.

“Our former player from Zimbabwe, who thrilled us in the late 1980s and early 1990s, is part of the Team of the Century and will be the guest of honor on Friday at the celebration dinner.”