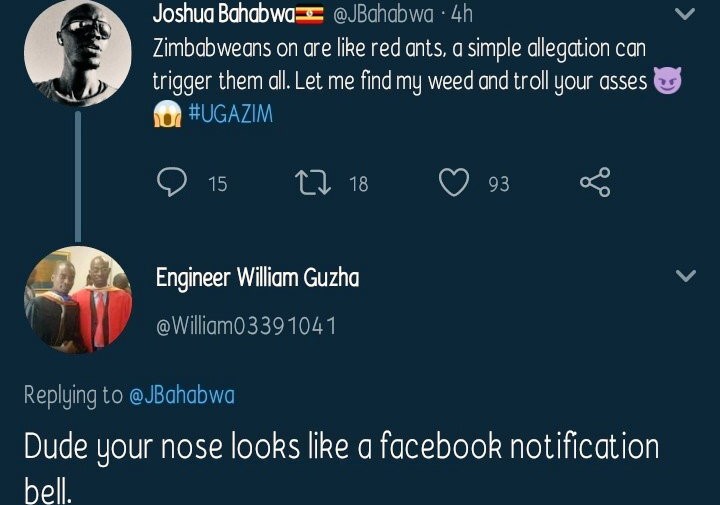 The build-up to the Warriors game against Uganda picked up some intensity on social media in the past two days with both sets of fans engaged in a hilarious Twitter war.

Zimbabwe are facing the East Africans this evening at Cairo International Stadium, and the Sunday Chidzambwa’s charges need nothing but at least a point from the tie to keep their chances of reaching the knockout stage alive.

The Twitter war emanated from a post by one Ugandan Evelyn Nakayi who mocked Zimbabwe by saying the country is lagging behind on technology adoption.

The tweet sparked outrage among Zimbabweans who jibed Nakayi and highlighted comparisons between the two nations. Some responses even poked fun on the remarks made by their president Yoweri Museveni and other famous people in that country.

Using the hashtag #UGAZIM, fans of both teams have been posting hilarious jibes on each other.

Here are some of the posts.