Zim vs DRC: Group A permutations and standings

The Warriors still have a relatively wide chance of going beyond the group stage ahead of tonight’s game against DRC.

They are sitting in the third position with one point and can qualify as either Group A’s first runner-up or as one of the four best third-placed runners-up.

To finish second, Zimbabwe need to beat DRC by a margin of +3 goals and pray Egypt hand Uganda a defeat of any scoreline.

A heavy defeat to Uganda will also make things easier for the Warriors who will only need a victory of margin.

As best third-placed runners-up, the Warriors require a big win against DRC to improve their goal difference which is currently on -1.

A win in their final Group A match will put them on four points and hope to be among the top four teams placed in the third position.

Currently, the Warriors are number 6 due to their negative goal difference. 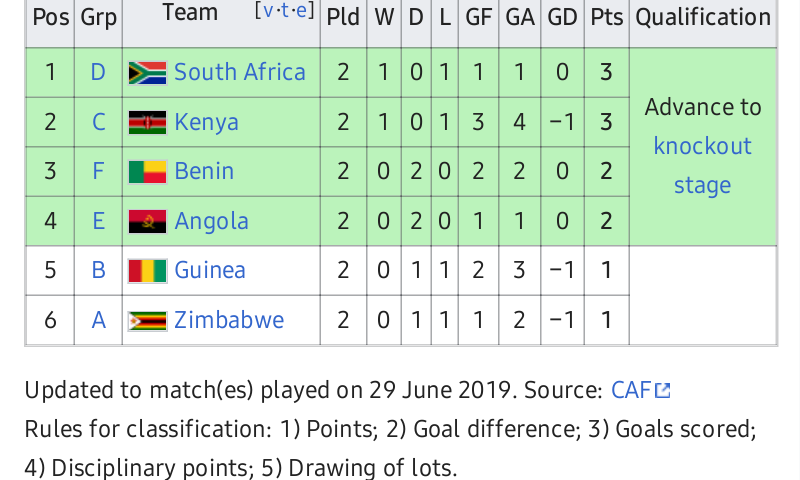