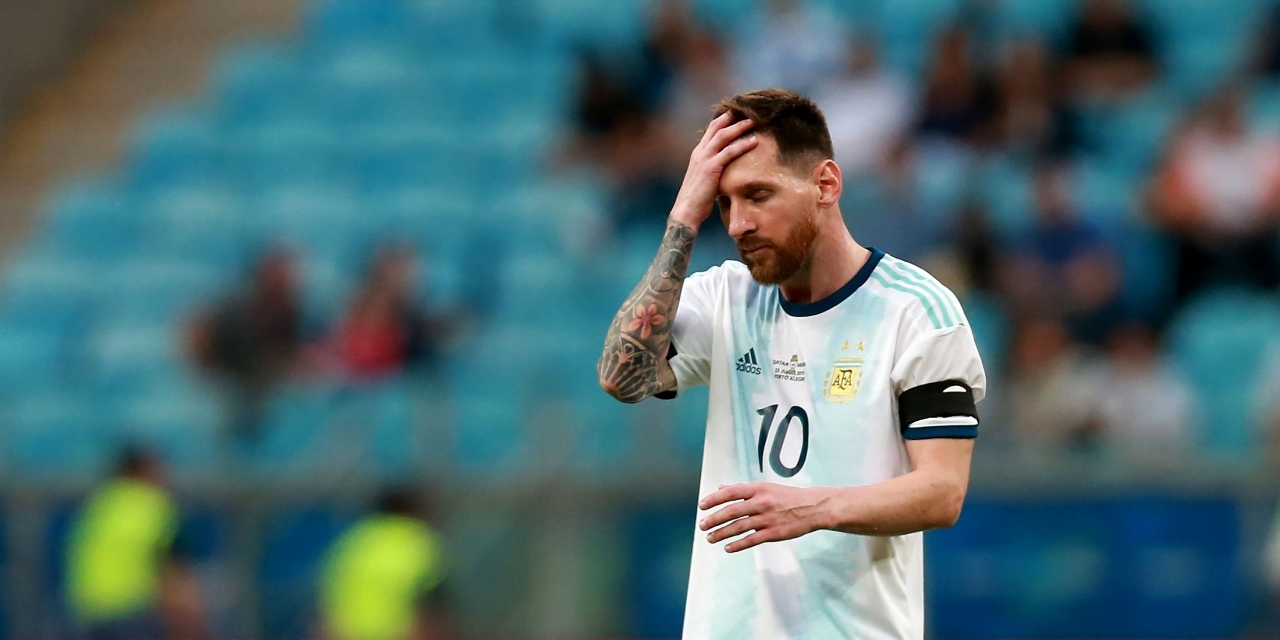 Argentina captain took his frustration towards the referee and blasted his performance after his team lost 2-0 to Brazil in a semifinal encounter of the 2019 Copa America on Wednesday morning.

Gabriel Jesus and Roberto Firmino were on target for the hosts while Argentina who controlled the majority of the game had two penalty appeals turned down by Ecuadorian match official Roddy Zambrano despite calls for a VAR review.

Speaking after the defeat, Messi accused the referee of favouring Brazil and described his performance as bullsh*t.

“They were not better than us. They found the net early and the second goal came from a penalty [to Aguero] they didn’t award,” Messi told reporters.

“They [the officials] had booked a lot of bullsh*t, but they didn’t even check the VAR, that’s incredible.

“That happened all over the game. At the first glance of contact, they ruled in their [Brazil’s] favour and this kind of bullsh*t distracted us from the game.

“There is no excuses for us, but we need to review this, analyse it and let’s hope CONMEBOL does something about it.

“I think we played a great game. We made a great effort and they were not superior to us.”

Brazil will now face either Peru or Chile in Sunday’s final at the Maracana stadium in Rio de Janeiro.