Black Rhinos and Dynamos played to a 1-1 draw in a Match-day 14 encounter at the National Sports Stadium in Harare on Saturday.

The Glamour Boys’ new signings Simba Nhivi and Evans Katema made their debut in the tie with the later creating the team’s goal.

The play had a slow start with both teams failing to make attacks in the opening moments.

However, it was the visitors who suffered the first blow in the game when their captain Edward Sadomba was forced out just after the quarter hour mark due to an injury. The substitute, Jarrison Selemani fitted perfectly in the front line as he managed to grab a goal for his side on minute 27, connecting Katema’s cross.

The lead, however, shortlived as Rhinos restored parity from the spot through Moses Demera. The penalty resulted from Jimmy Tigere’s high boot on Leeroy Murape.

Selemani came back again in the second half but this time was denied by the post.

The home team followed up with a spell which saw them creating a couple of raids but could not find the breakthrough.

Dynamos responded towards the end of the game with Robert Sackey and Simbarashe Mupamawonde getting chances on goal but the scoreline remained 1-1 after the final whistle.

Ngezi Platinum’s Donald Teguru failed to convert from the spot as they played to a goalless draw at Chapungu while Harare City and ZPC Kariba also settled for a 0-0 stalemate. 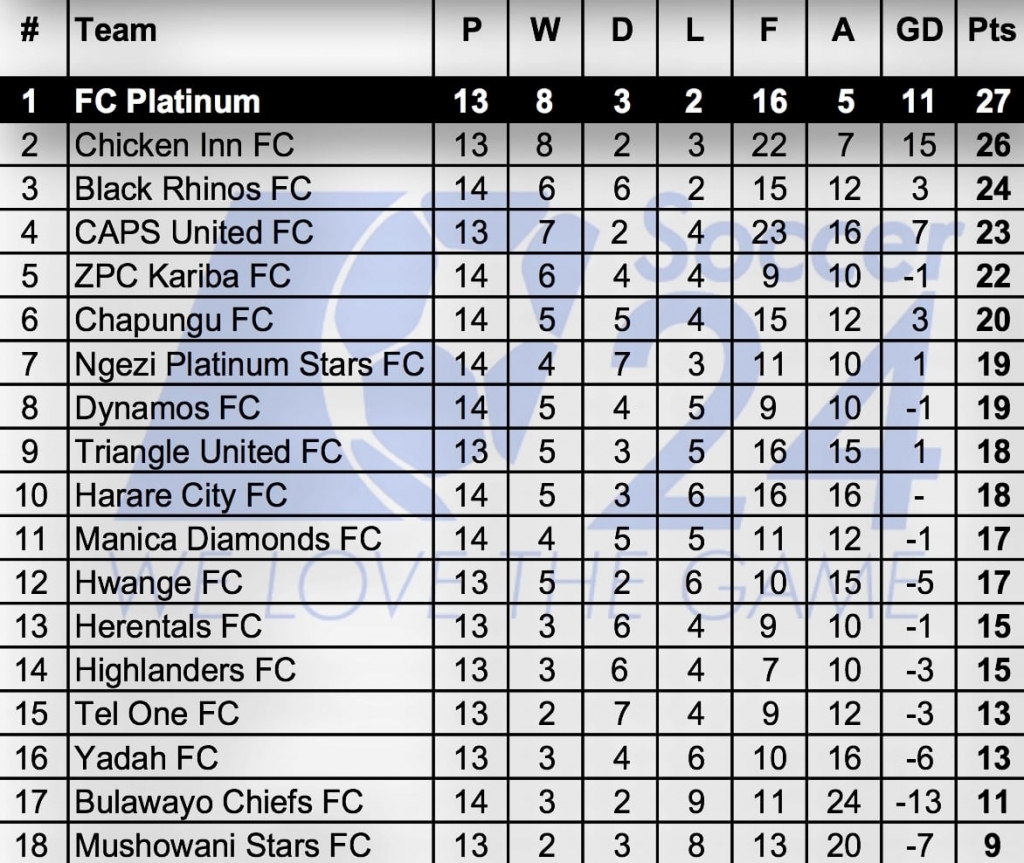