Warriors midfielder Marvelous Nakamba has dropped a huge hint about his future.

The 25-year-old is being linked with a move away from Club Brugge and a number of clubs have expressed interest in signing him.

Among those interested is EPL side Aston Villa who reportedly made a £9 million offer for the midfielder.

Nakamba is currently in France after refusing to join the Belgian giants in pre-season camp.

And if his action on Instagram is anything to go by, he could be edging closer towards a deal with Villa. 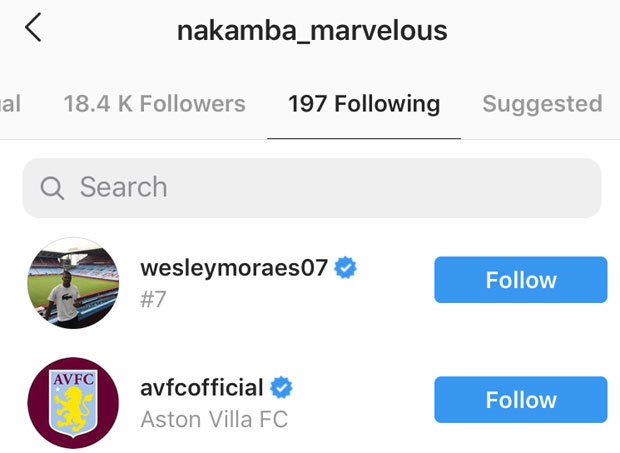