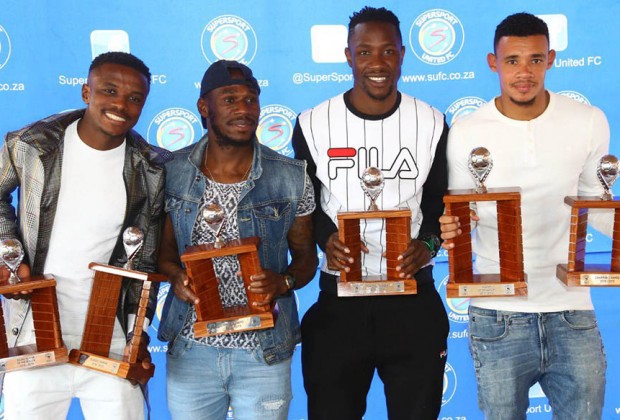 Two Zimbabwean players are among those honoured by SuperSport United for their performances during the 2018/19 season.

Fullback Onismor Bhasera received the Coaches Award while striker Evans Rusike was honoured for finishing the campaign as the club’s top goal scorer.

Ronwen Williams was named the Player of the Season and also picked the Chairman’s Award. 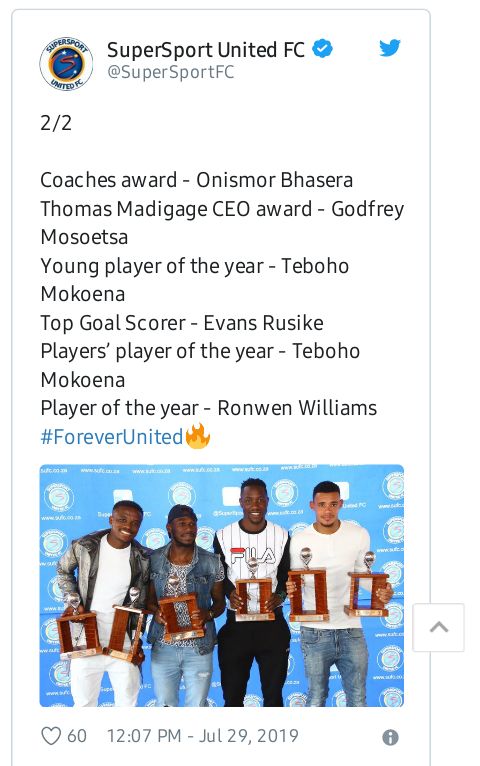