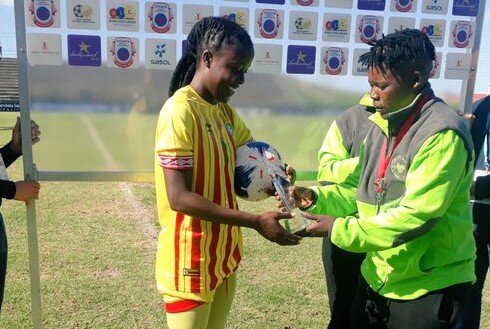 The story of Mighty Warriors striker Rudo Neshamba is one that not many know of, but definitely worth listening to.

Some time back, she suffered a career-threatening knee injury and was reportedly even told she would never play football again- something which could have been appalling considering her heroics in the famous gold and green strip of the national team.

Neshamba’s exploits for the Mighty Warriors are well-heralded and don’t need much research and news that she was in the latest Mighty Warriors COSAFA squad, which signalled her full recovery, was applauded by many football fans.

To add icing on the cake, Neshamba’s hatrick today, which propelled Zimbabwe to an impressive 4-1 victory over Angola, set social media ablaze.

Popular Warriors fan Alvin Zhakata spoke highly of Neshamba through a tweet and so did Star FM sports editor Steve Vickers. Vickers and Zhakata were just but some of many Zimbabweans who spoke highly of the Mighty Warriors striker in light of her triumphant return to action.

Here are some of the tweets; 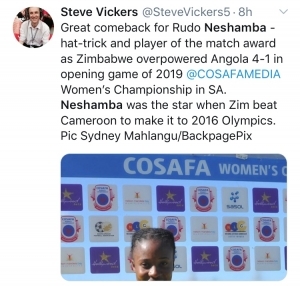 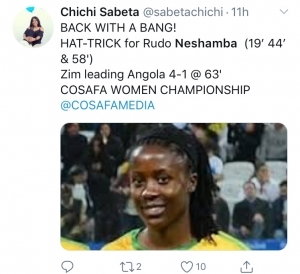 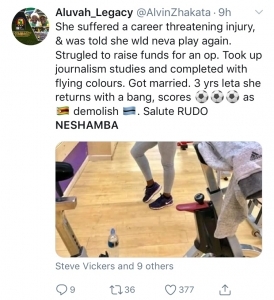