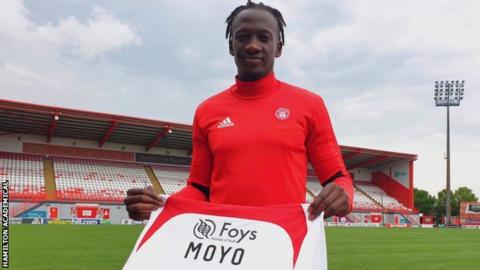 The 24-year old underwent a successful trial stint at the top side after leaving English National League South club St Albans in June.

He scored 15 goals in 49 games for Albans as they finished ninth in England’s sixth tier.

“I’m a physical player, I know this is a physical league and I’m looking forward to the challenge,” he said, according to BBC Sport.

“I believe in the manager’s philosophy and what he’s trying to achieve at the club.”

Moyo becomes the latest Zimbabwean player to feature in the Scottish Premiership after Celtic’s Kundai Benyu who is currently on loan at Helsingborgs in Sweden.