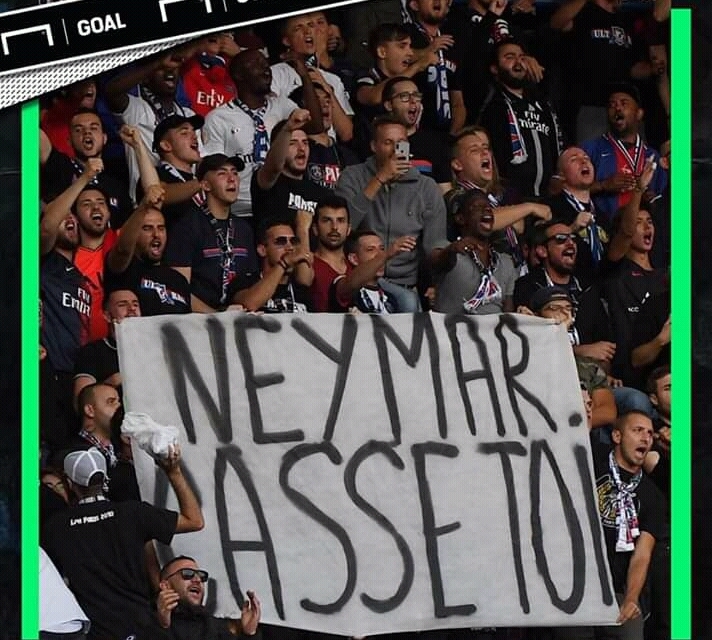 In their 3-0 victory over Nimes thanks to goals from Kylian Mbappe, Edinson Cavani and Angel DiMaria, the Parisians displayed placards with the message “Get out of here” and “Neymar, to get hit by a wh** doesn’t only happen during a remontada”.

The Brazilian was not in the squad for PSG’s Ligue 1 opener amid rummours that he is on his way out of the club.

Spanish giants Real Madrid and Barcelona are in a battle to sign the 27-year-old, with the former reportedly offering Balon do’r holder Luka Modric plus cash in exchange while the latter are offering Phil Coutinho plus €100 million for the Brazilian.

Here are some the hostile messages displayed; 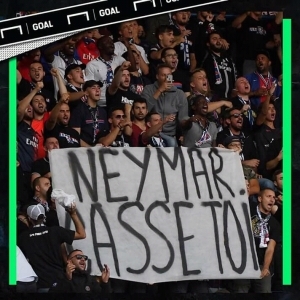 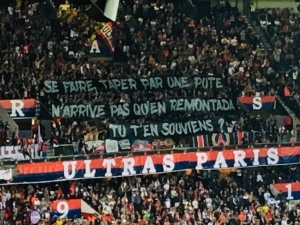