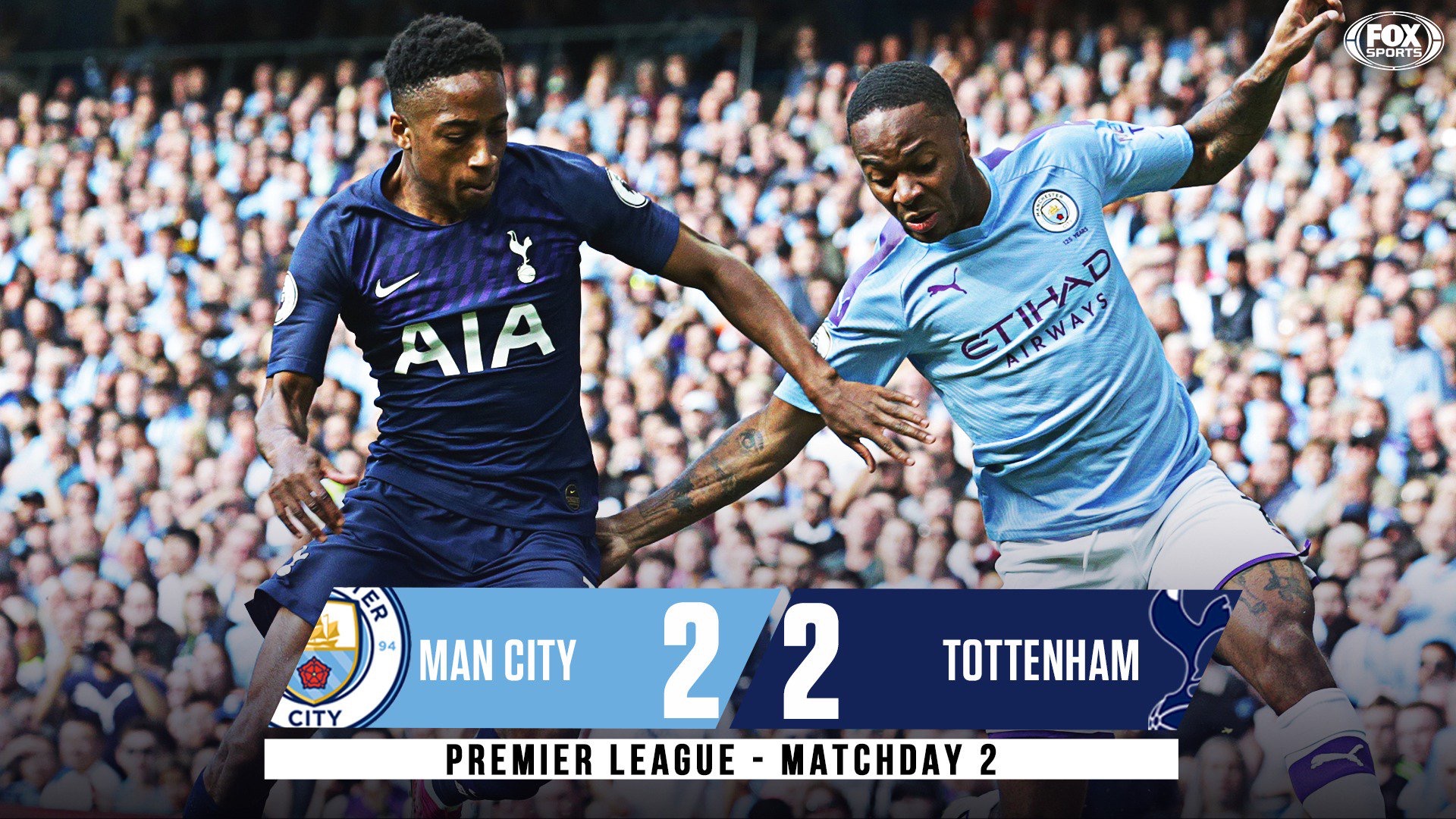 There was dramma right at the death at Etihad as Gabriel Jesus was denied what would have been a dramatic winner for Manchester City against Spurs by the Video Assistant Referee (VAR).

With the game levelled at 2-2 and headed for a draw, the Brazilian thought he had scored the winner in stoppge time only for him to denied by VAR, citing that Aymeric Laporte handled in the build up to the goal.

It was a thriller, in which Raheem Sterling opened the scoring in the 20th minute but Eric Lamela quickly levelled matters for Mauricio Pochettino’s men three minutes later.

Argentine ace Sergio Aguero restored City’s lead in the 35 minute, and Guardiola’s charges had pleanty of chances to extend their lead, only for Lucas Moura to level matters for Spurs.