Another Zim player on target in Europe 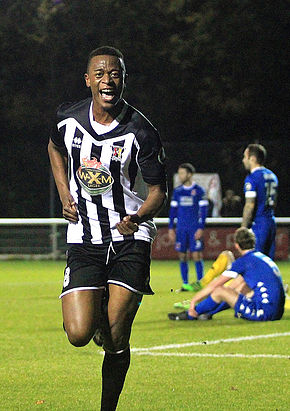 Alec Mudimu was another Zimbabwean player based abroad who was on target on Friday.

The 24-year-old netted in Cefn Druids’ 3-1 victory over Airbus UK in the Wales top-flight league.

Mudimu who is employed as midfielder in the team scored from the spot in the 37th minute and the goal was his first of the season.

Meanwhile, Tinotenda Kadewere was also on the scoresheet last night, hitting a brace in Le Havre’s 3-1 win over Grenoble in the French Ligue 2.

The striker now has eight goals in 5 games, his best tally in a season since arriving at the club last year.

He is also the current leading goalscorer in the league and his side is in the second position, two points behind the leaders Lorient.