I came to Arsenal to fight for Premier League title: David Luiz 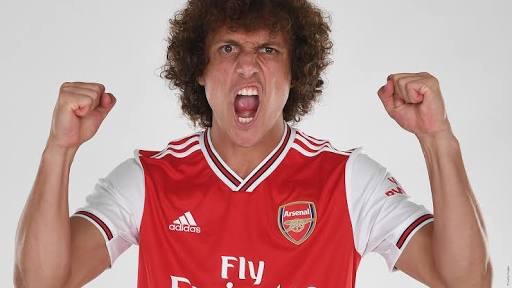 Brazilian defender David Luiz has revealed that he came to Arsenal with the obejective of fighting for the Premier League title and can help them achieve it.

The 32-year-old swapped the blue half of London with the red on transfer deadline day and has opened up of his ambitions unde Unai Emery.

“I came here with the ambition to fight for the Premier League title, I want to fight for other competitions also,” Luiz said according to Sky Sports.

“I am going to try to do my best every single day and try to help everyone to believe in this because I think this club can believe a lot because it has a lot of potential.” he added.

The former Chelsea man also belives the Arsenal class of 2019 can also excel like other classes did in the past.

“This club has the potential to shine like it has shone in the past. We have a lot of talent, we have players with a lot of quality,” he said.