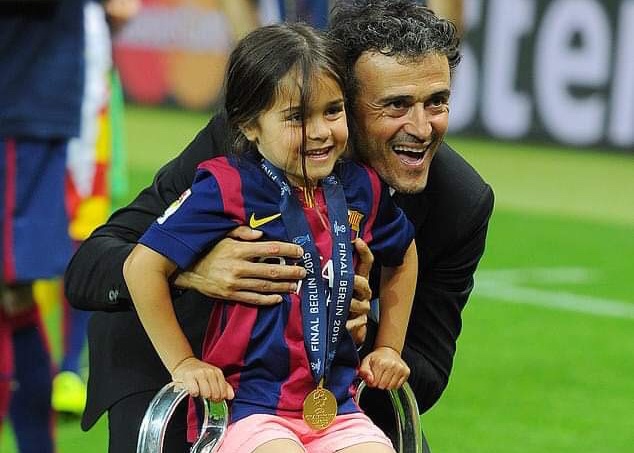 Former Barcelona and Spain national team coach Luis Enrique’s daughter Xana, has tragically passed away at the age of nine.

The girl died due to bone tumour and a family representative released a statement confirming the sad development.

“Our daughter Xana has passed away this afternoon at the age of nine after fighting for five intensive months against osteosarcoma,”

“We thank you all for the affection we’ve received during these months and we appreciate the discretion and understanding,” read the statement.