We have respect for Musona: Mahachi 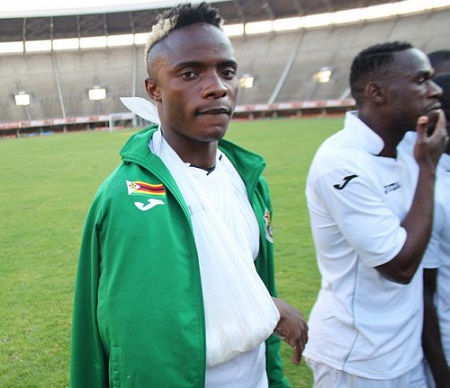 Warriors forward Kuda Mahachi says the ‘new look’ team has respect for other senior players who are not part of the team, notably Knowledge Musona and Marvelous Nakamba.

The SuperSport United man, who together with defender Alec Mudimu will captain the Warriors in their World Cup 2022 qualifier preliminary round against Somalia over two legs, expressed love and admiration for Musona, who was not named in the squad by Joey Antipas.

“We have a new-look team but, remember, we have good players in the country so anyone can play at any given time,’’ Mahachi said according to The Herald.

“But we respect the likes of Knowledge, Khama (Billiat) and Nakamba (Marvelous), they have other things to focus on at the moment, and others are injured.”

“We respect them, they are still part of us and we love them with all our hearts so we will play this match for them as they are the captains and the senior players.’’ he added.

We have respect for Musona: Mahachi