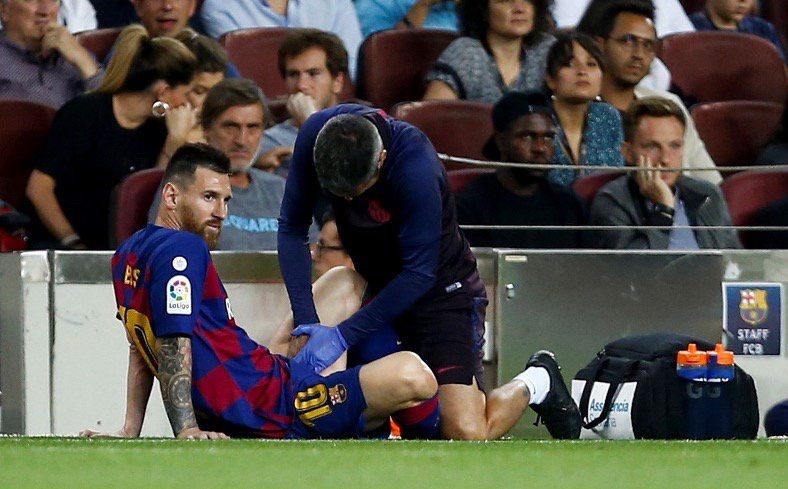 Barcelona’s Argentine ace Leo Messi has suffered yet another injury, after limping off at half time in Barcelona’s 2-1 win over Villareal at Camp Nou last night.

The 32-year-old, who won the  FIFA The Best award at a ceremony held in Milan on Monday, made his first start for the Catalan giants last night but was taken off at half time  due to a groin problem and replaced by Ousmane Dembele.

He is likely to miss the next LaLiga game against Getafe over the weekend as a precautionary  measure.

Enersto Valverde’s charges collected all three points through goals from Antione Griezmann and Authur, with Santi Carzola scoring for the Yellow Submarine.