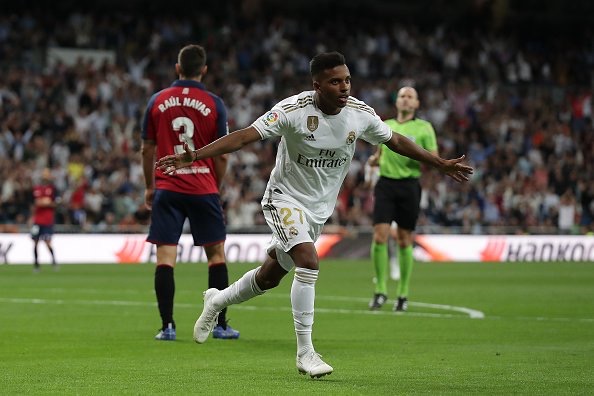 Real Madrid are back at the summit of the LaLiga table after a comfortable 2-0 victory Osasuna at the Santiago Bernabeu last night.

Goals in each half from Brazilian starlets Vinicius Jr and Rodrygo were enough for Zinedine Zidane’s men, who also kept a second consecutive clean sheet for the first time this season in the process.

With the weekend’s derby against Atletico in mind, Zidane rested Karim Benzema, Gareth Bale and James Rodriguez and opted for youthful attack.

Los Blancos now have 14 points from 6 matches, one ahead of Atletico, and are one of the two sides yet to taste defeat in this LaLiga campaign.