Is Hazard struggling at Real Madrid? 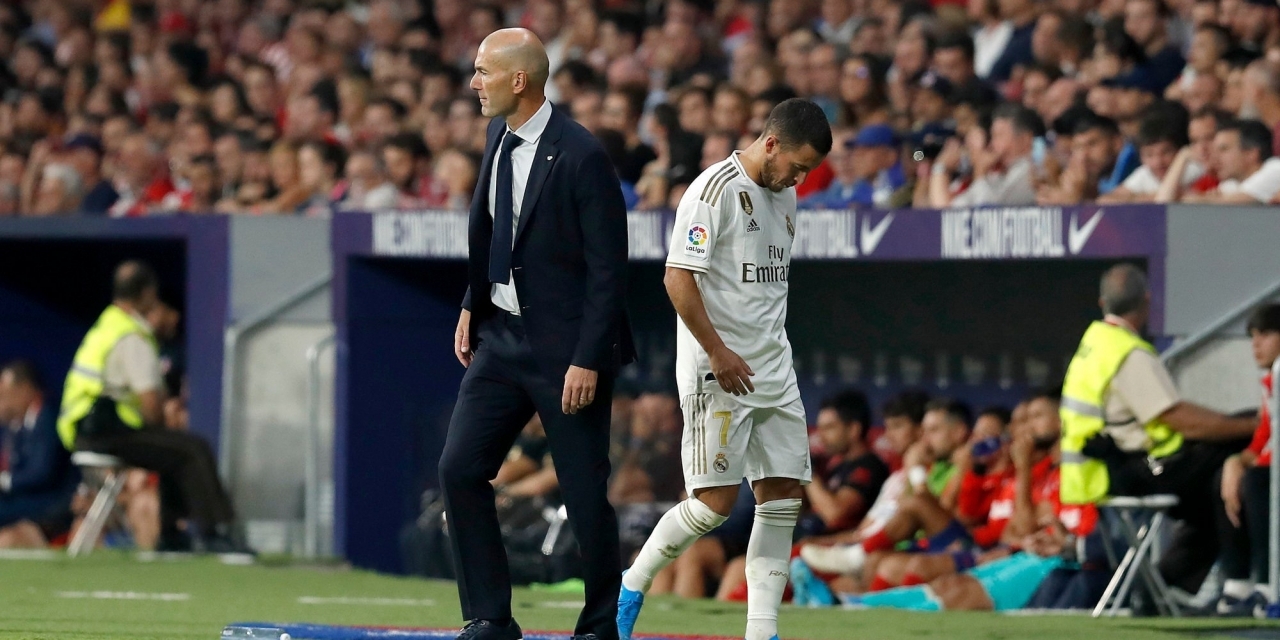 When Eden Hazard wrote a very emotional lettter to Chelsea fans the day his move to Spanish giants Real Madrid was confirmed, many were quick to point out a loss for the Blues and big gain for Los Blancos.

The Belgian star, after Real paid Chelsea a reported €100 million, was presented at the iconic Santiago Bernabeu in front of an estimated 55 000 crowd, a number only Cristiano Ronaldo and Kaka beat on their respective presentations.

To add more excitement to the whole scenario, the Madrid hierarchy gave Hazard the iconic number 7 shirt- a shirt which is more than just a squad number at the club, as it was previously worn by Ronaldo and legendary former captain Raul Gonzalez.

Be that as it may, things have not really turned out well for the Belgian captain, who has featured in 6 Madrid games without a goal or assist in any.

Last night, in the epic Madrid derby, a lot was expected of him in the quest to unlock a resolute Atletico defence but that wasn’t to be, he was subsituted with almost 15 minutes left of play, with some even suggesting that the move should have come ealier.

As the “big game player” he was known for at Chelsea, all eyes were on Hazard in the Madrid derby last night, as well as in Real’s embarassing defeat to PSG in the Champions League in Paris. Both games saw Zinedine  Zidane’s charges still lack the cutting edge despite having the Belgian.

Many questions sorround the perfomance of Hazard so far but the biggest has to be; is he struggling to make an impact at Real Madrid or he just hasn’t settled?