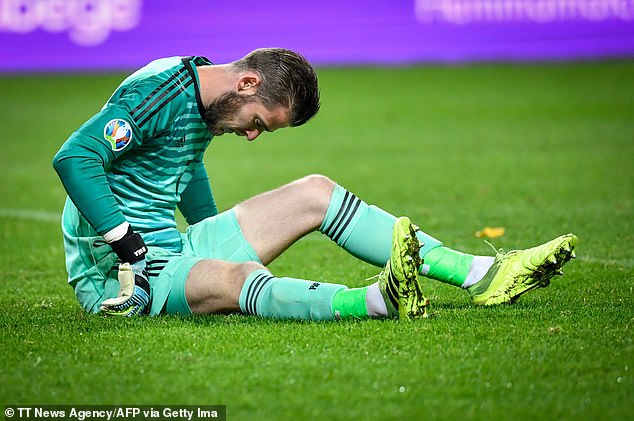 David de Gea has handed Manchester United a fresh injury scare after he limped off during Spain’s Euro 2020 qualifier in Sweden.

The goalkeeper appeared to hurt his hamstring and is now a doubt for Sunday’s Premier League game against Liverpool.

The injury comes after United are set to welcome back Paul Pogba and Aaron Wan-Bissaka. Anthony Martial could also be available for selection along with Victor Lindelof and Luke Shaw.

Meanwhile, the Ole Gunnar Solskjær’s side is 12th in the Premier League and has not won in their past three top-flight games.

Liverpool, on the other hand, are aiming for an 18th consecutive league win, a total that would equal the record held by Manchester City.