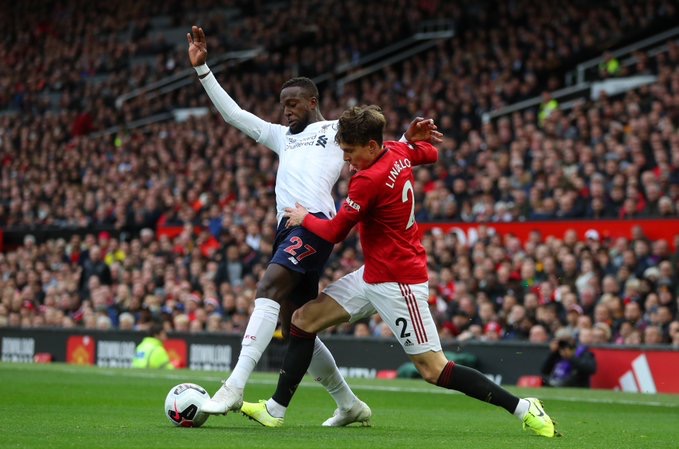 The two traditional giants of  English football, Manchester United and Liverpool, palyed out an entertaining 1-1 draw at Old Traford today.

Jurgen Klopp’s Reds had won all of their eight Premier League games in this campaign heading into today’s clash and fell behind in the 34th minute when Marcus Rashford put United in front in somewhat controversial circumstances.

Daniel Jamed delivered an inch-perfect cross from the right and Rashford finished off but there were suggestions of a foul in the build up, which VAR rejected.

Liverpool themselves thought they had levelled matters just before half time through Sadio Mane but the Senegalese international was adjudged to have handled in the process and VAR ruled it out.

Rashford’s goal seperated the two sides at the break.

Liverpool came back into the second half creating more chances and they eventually restored parity through Adam Lalana with five minutes left of play.

Kloop’s men might have seen their perfect start to the season come to a halt but they are still 6 points clear at the top while United’s search for their first win the Premier League since September 14, continues.