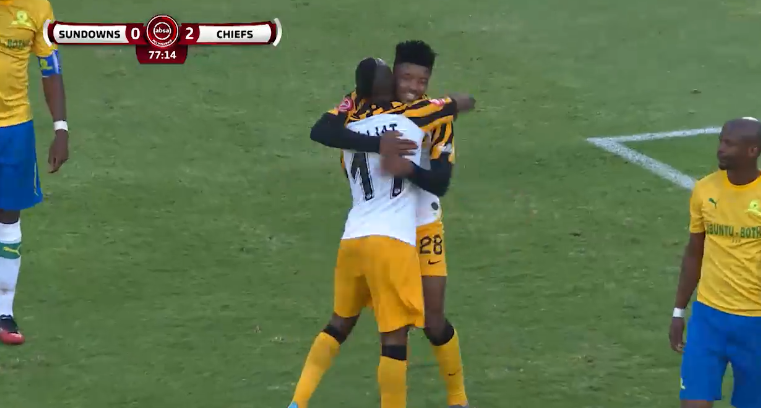 There is a belief that players should not celebrate anything against their former teams as to show respect.

But that wasn’t the case with Khama Billiat who passionately celebrated the Kaizer Chiefs’ second goal against his ex-club Mamelodi Sundowns on Sunday.

Amakhosi won the match 2-0 to open a five point lead at the top of the ABSA Premiership table. Samir Nurkovic scored a brace, breaking the deadlock in the 7th minute before doubling the advantage on minute 76.

The second goal came as a relief as Sundowns piled more pressure in search for an equaliser.

Billiat could not hold his joy as he celebrated the goal while Nurkovic was down on the ground, in pain after a knock from an opponent who was trying to clear the ball.

Here is the video of the goal and Billiat’s celebration.