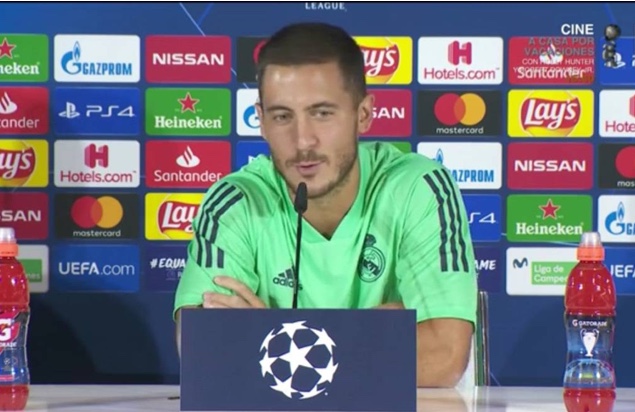 Real Madrid and Belgian winger Eden Hazard has admitted that feeling-in Cristiano Ronaldo’s shoes isn’t an easy thing at all.

The 28-year-old former Chelsea man arrived at the Santiago Bernabeu in June for a reported £82 million.

Huge expectations awaited him after Portuguese superstar Ronaldo’s departure to Italian champions Juventus and was even given the iconic number 7 shirt won by the five-time World Player of the Year in his nine seasons at the Spanish giants.

Hazard however revealed that following Ronaldo’s footsteps is difficult.

“We’re going to give our all to win everything, we have to lift a trophy,” he said.

“I know the Champions League is important. I’m here to win it, it’s important for everyone and myself included,”  he added when asked about Madrid’s Chanpions League hopes this season.