No rest for Triangle United 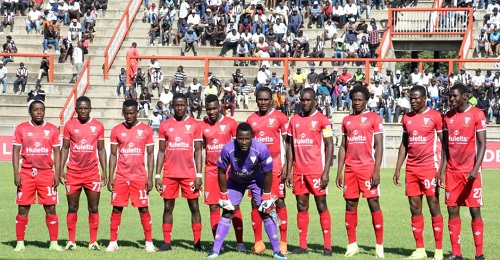 Triangle United will have a limited time to rest before they get back to action on Wednesday in the Chibuku Super Cup.

The Sugar Boys have experienced a congested schedule for the past three weeks due to their involvement in the CAF Confederation Cup.

They have been playing catch-up in the midweek after missing some games in domestic football. Their next assignment will be against Harare City in a rescheduled Chibuku Super Cup quarterfinal clash at Rufaro Stadium.

Should they manage to progress through to the semis, Triangle will play Ngezi Platinum Stars in the coming weekend at a venue yet to be announced.

The Lowveld side also has two league games in hand – against Chicken Inn and Hwange.