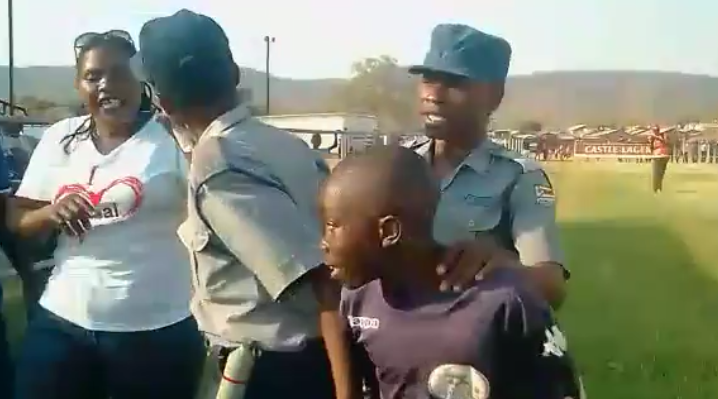 Police had to intervene after Black Rhinos officials and supporters nearly attacked a young ball-boy during the Castle Lager Premier Soccer League clash against ZPC Kariba at Nyamhunga Stadium on Sunday.

According to VOA Studio 7, the ball-ball was accused of practising juju after he urinated on the pitch so that Rhinos would lose the game.

The Police took the youngster but ZPC Kariba fans got involved also as they demanded his release.

The match ended 1-0 in favour of ZPC Kariba after substitute Samuel Makawa struck in the 68th minute.

Here is the video of the incident: