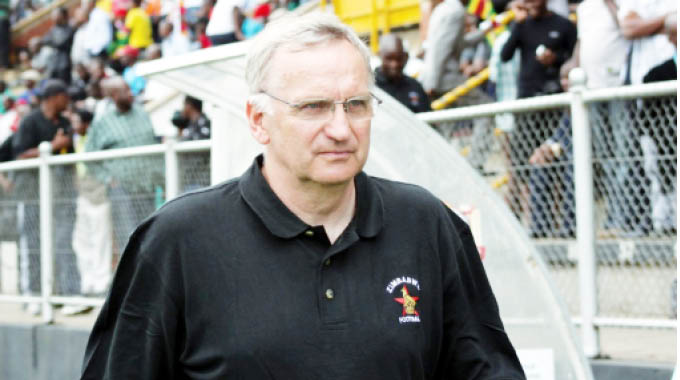 Klaus Dieter Pagels says he willing to coach the Warriors again but under certain conditions.

Zifa is looking for a substantive coach as Joey Antipas’ short-term contract expires on 31 December.

Speaking to the Herald from Germany, Pagels is keen on the Warriors job but only if Zifa can secure a sponsor to cater for his welfare.

The German first arrived in Zimbabwe as a ZIFA technical advisor on a Germany-Zimbabwe government project and took over the senior national football team for a year in 2013 on an interim basis following the departure of Rahman Gumbo.

During this time, the coach’s welfare was fully looked after by the German government but, unfortunately, he cannot return under the same arrangement now.

The 70-year old wants to work under a revised contract with Zifa.

“I am really interested. But I don’t have a sponsor (for my welfare),” he said.

“It’s important to get more sponsors for ZIFA. They have to try every day. I know it’s not easy, but the stakeholders voted for this board and hope for a better future.”

Pagels, meanwhile, is yet to get in touch with Zifa but has engaged Nelson Matongorere to work on his behalf.

The substantive coach will be appointed in early January.