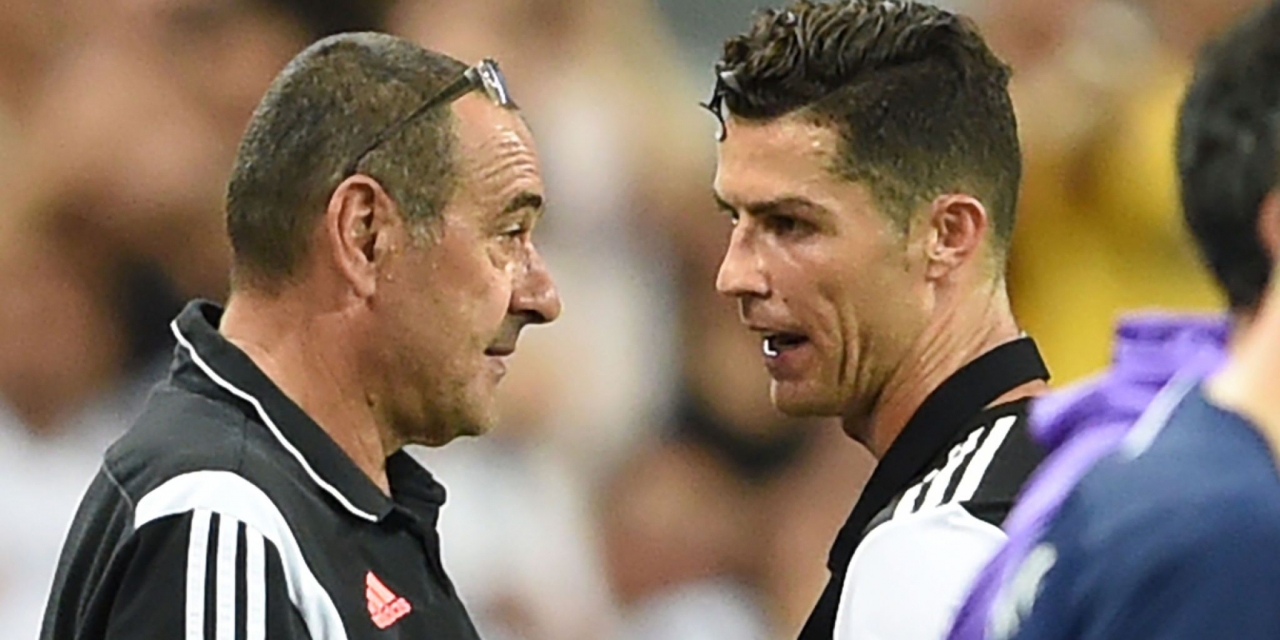 Juventus coach Maurizio Sarri has insisted that there is no bad blood between himself and Cristiano Ronaldo.

There has been visible tension between the two after Sarri substituted the Portugal international in two successive games. Ronaldo who looked frustrated after the substitution in the second game walked straight down the tunnel and left the stadium before the match had finished.

Speaking at a press conference ahead of Juventus’ Champions League clash with Atletico Madrid on Tuesday, the gaffer said:

“My relationship with Cristiano Ronaldo is good.

“If a player who has won so much is angry about being substituted it means he still has a lot of motivation, and this is something positive.”

Meanwhile, Ronaldo who missed Juve’s 3-1 win over Atalanta at the weekend through injury will undergo a late fitness test ahead of the Madrid clash.