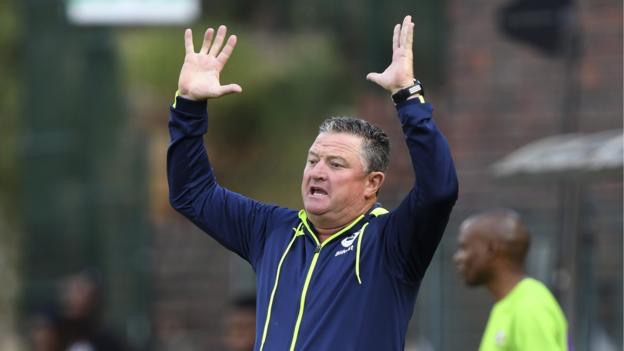 Bidvest Wits coach Gavin Hunt has categorically denied that the South African top flight side sent scouts to watch Highlanders defender MacClive Phiri at Barbourfields Stadium as a way to assess the player.

A Bulawayo-based publication reported that scouts from the Clever Boys were at Emagumeni to watch Phiri in the Chibuku Super Cup final on Sunday as the club have their sights on him, something which Hunt vehemently denied in an interview with Kick Off.

“I don’t know anything about it. Which scouts are those?” Hunt asked.