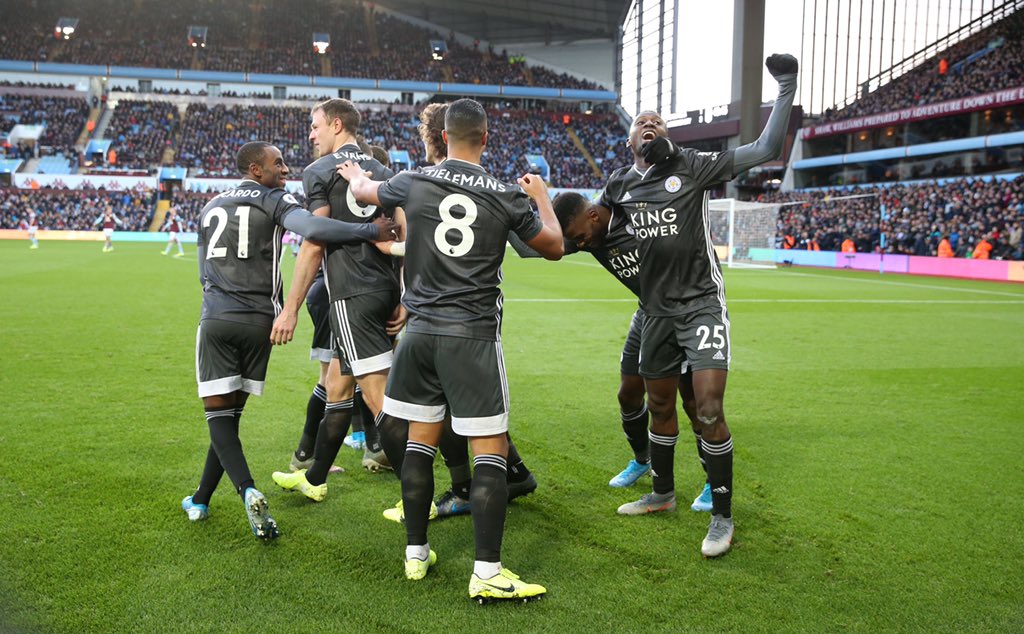 Brendan Rodgers’ men have quietly gone about their business in the league and today’s win, their eighth in a row, underlined their credentials to seriously challenge Liverpool and Manchester City.

Vardy opened the scoring in the 20th minute when he was sent through on goal by Nigerian Kelechi Iheanacho, to finish on the second attempt thrusting Leicester ahead in the process.

Iheanacho turned from provider to scorer in the 41st minute when he tapped in on the near post to double the lead for the away side.

Villa restored some hope a minute into first half stoppage time through skipper Jack Grealish but Johnny Evans headed in from a corner to restore Leicester’s two goal advantage four minutes into the second stanza.

Vardy would go on to get his brace with 15 minutes left of play, finishing off a brilliantly done typical Leicester counter attack goal.

Marvelous Nakamba started for the Dean Smith-coached side but was substituted in the 55th minute.