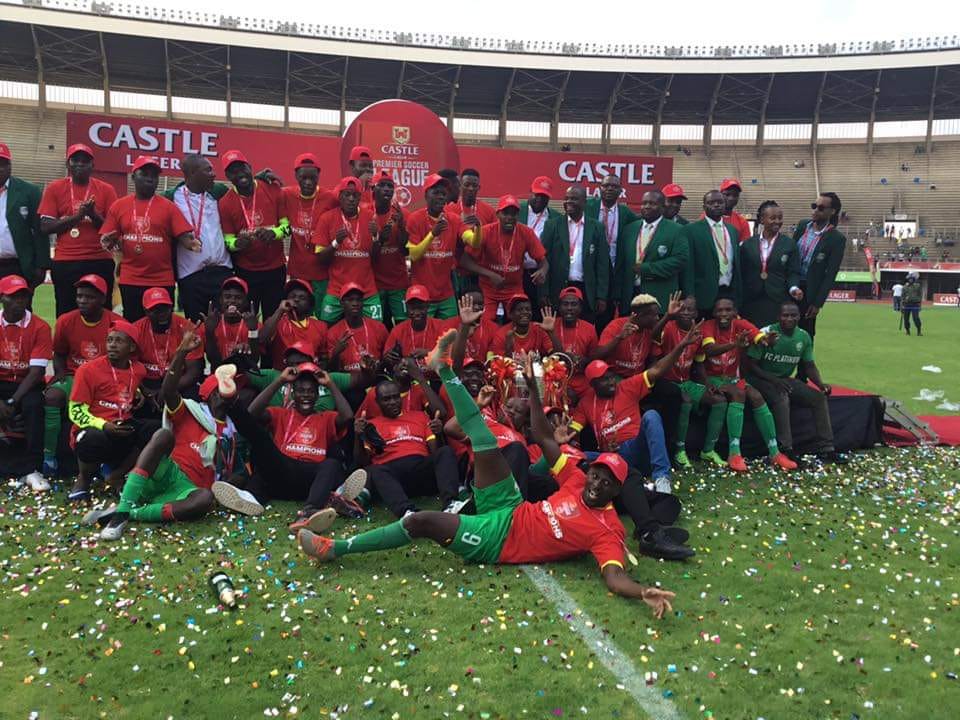 FC Platinum have been crowned the Castle Lager Premier Soccer League for the third successive time.

Perfect Chikwende scored the all-important goal in the 60th minute as FC Platinum finished the campaign with 61 points while the Green Machine got 59.

The league triumph is Lizwe Sweswe’s first as the head coach after taking over from Norman Mapeza in September.

The encounter had an evenly balanced start but it was the visitors who made a couple of threatening raids.

Chikwende had the first real opportunity on goal in the 14th minute but his effort went over. The midfielder got another chance moments later and this time his header from Never Tigere’s corner-kick was cleared off the line.

CAPS, on the other end, soon turned up the heat and started reaching for goal with Francis Tizayi forced to make some good saves along the way.

There was a big shout for a red card on the half-hour mark when Never Tigere’s crude challenge on the opponent, but the referee only cautioned the midfielder.

As the half-time whistle was blown, chaos erupted both on the pitch and at the stands, resulting in Makepekepe’s goalkeeper’s coach Witness Mukhuli getting a red card while FC Platinum’s Nsiala Mawete Guyve also received his marching orders.

The expulsion of the Congolese forward brought little effect to the visitors as Chikwende volleyed home to break the deadlock on the hour.

CAPS United tried to come back into the game but were frustrated in the remainder of the game.

It ended with FC Platinum winning the maximum points while the Harare side finished the 2019 season in the third position after Chicken Inn beat TelOne to move into second place.