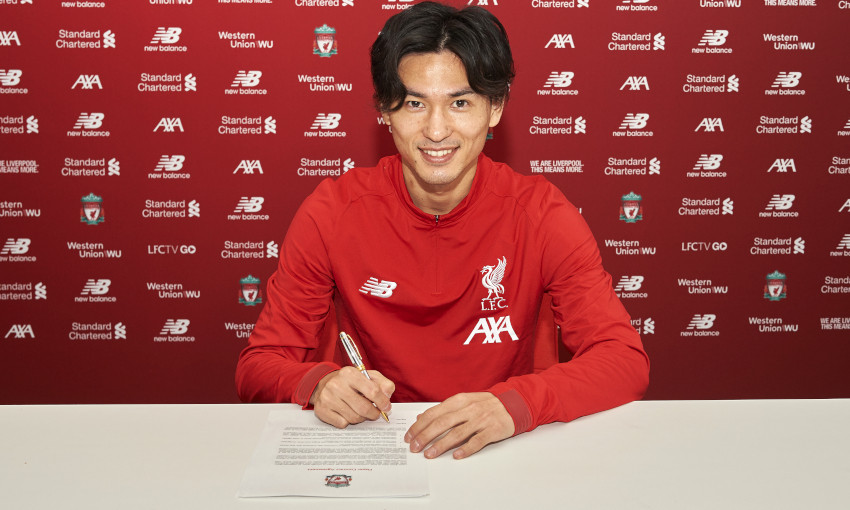 Liverpool have completed the signing of Takumi Minamino from Austrian side Red Bull Salzburg.

The Japan international forward who had a £7.25m release clause will officially become a Reds player on January 1.

Speaking in his first interview with the club, Minamino said: “It has been a dream, my dream to become a Liverpool player. And I’m so excited that the moment has come true.

“But I never thought I would be able to play in this team and I’m really happy about it. I’m looking forward to it.”

The 24-year old attracted the interest of the European champions following an impressive display at Anfield as the Austrian side was beaten 4-3 in October in the UEFA Champions League.