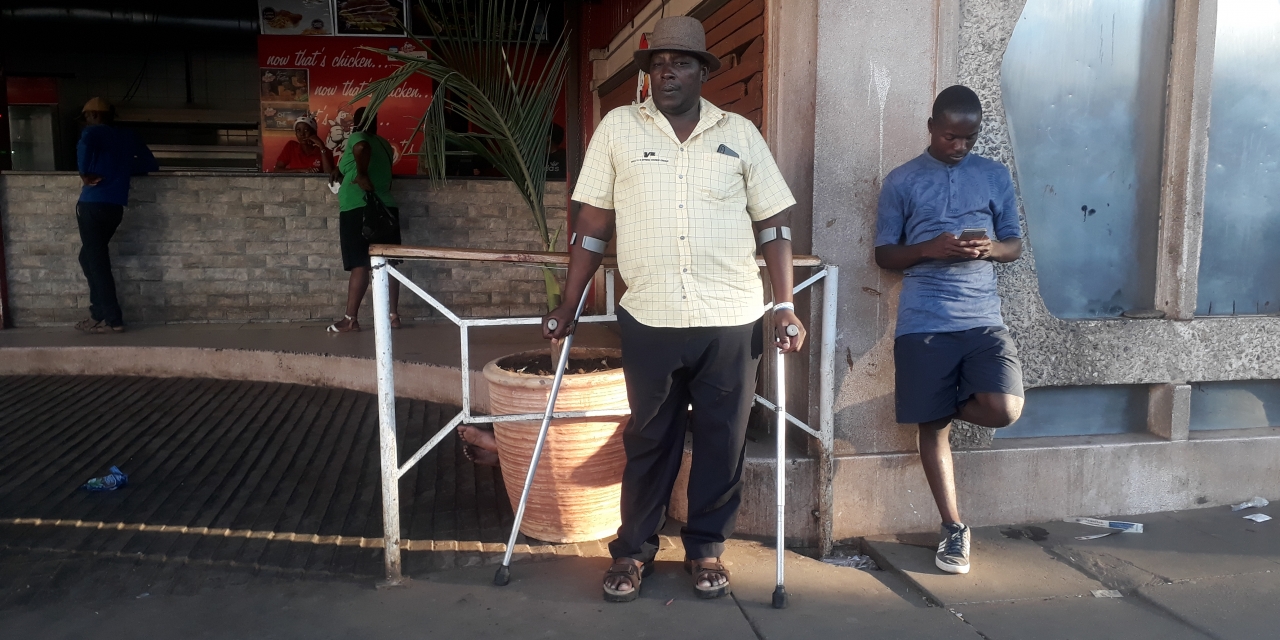 For some people, football is just a means of entertainment. The same people regard passionate football lovers as “strange” for taking the most beautiful game “too seriously”.

When Vita Chirunga of Harare boarded a Gweru-bound Iveco Sprinter on the 11th of June 2016, he thought it was business as usual; travelling to cheer his beloved Dynamos for a league match against army side Chapungu at Ascot.

Unbeknown to him was that the journey would be his last as a physically fit human being; the vehicle burst a rear tyre, veered off the road and rolled three times in Battlefields on the Harare-Bulawayo road, claiming the lives of nine Dynamos fans and injuring 16 in the process.

That horror crash, which is by far one of the darkest episodes in local football history, still haunts Chirunga, whose life was changed on account of it. He remembers all that happened on that fateful afternoon.

“We converged at our usual spot corner Chinhoyi and Albion and hired a sprinter, which after inspecting, I felt was not road worthy. I even told the driver, whom I also thought looked too young and inexperienced, but my colegues insisted we just make use of the vehicle,” recalls Chirunga.

“The driver wasn’t speeding, but when the rear tyre burst, he panicked due to the noise made by the passengers. He applied the brakes and it skidded to the on-coming lane, he applied them again and it skidded back to the left lane and slipped off the road,” he narrated.

“The impact threw me out and I could sense that my head was going to hit the nearby tree, thankfully it did not, my shoulder did instead and I broke my right leg in the process.”

“My friend Maxwell broke his back and his leg broke into two pieces while I watched, it was terrible. Initially we were told that only one person had died, which to me was shocking considering the severity of the crash,” said Chirunga.

The news that eight more had perished, which he received while at Harare Hospital two days later, was a heartbreak for Chirunga because most, if not all of them were close to him in the Dyanamos family, especially the one who was sitting next to him.

Three years after the carnage, families of the deceased have been neglected by the football family, something which pains Chirunga a lot.

“It hurts me a lot thinking that the widows and children left behind by our brothers aren’t getting assistance. Initially a game to raise funds was organized but it did not raise enough,” explained Chirunga, who is now using clutches.

“One church leader (name withheld) even offered to chip in financially to help the families but since then nothing has materialized.”

” I appeal to the football family to please assist in helping the families left behind, this was a tragedy which hit the entire football fraternity, not just Dynamos and can happen to anyone. Any well-wisher who wants to assist the families can get in touch with me on 0772994965 as a starting point,” he said.