Ex-Fifa boss Blatter suggests 2022 W.C could be moved to USA 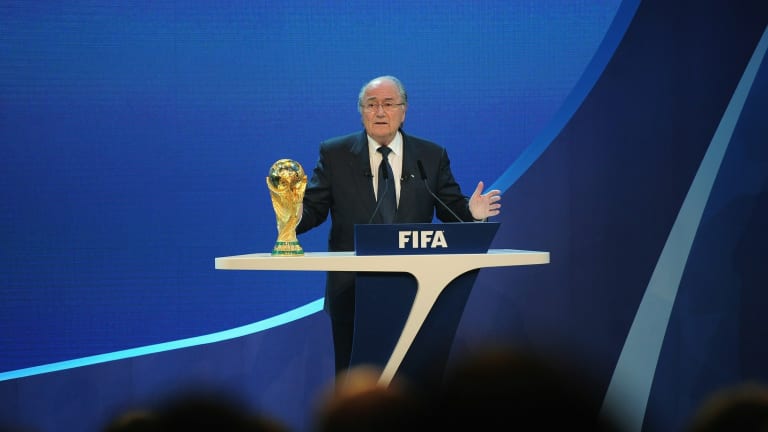 Former FIFA president Sepp Blatter believes the United States of America could host the 2022 World Cup if the tournament is taken away from Qatar.

The U.S. Department of Justice issued an indictment last week charging that Russia and Qatar paid bribes in order to secure votes ahead of being awarded the 2018 and 2022 World Cups respectively.

The indictment implicated former Brazilian federation president Ricardo Teixeira, the now-deceased ex-COMNEBOL president Nicolas Leoz and a co-conspirator to have received the bribes to vote for Qatar.

The indictment also raised the possibility that FIFA could opt to take the 2022 World Cup away from Qatar, but that would create some logistical challenges and among them finding new hosts.

According to Blatter, USA who are supposed to host the 2026 edition could come in and hold the tournament in 2022.

He told German weekly sports magazine Sport Bild: “Germany could do it. But this would mean the World Cup being staged in Europe again after 2018.

“Europe therefore would not be first choice. The United States could do it instead of 2026. They are capable, it’s not rocket science! Japan could also do it. They also bid to host the 2022 World Cup.

“Fortunately, the 2022 World Cup will only have 32 teams and not 48 as [FIFA president Gianni Infantino] had planned. The organisational effort would not be bigger than 2018.”

Should the United States host the 2022 World Cup as a replacement for Qatar it would create further problems for FIFA as they would then have to find new hosts for the 2026 World Cup.