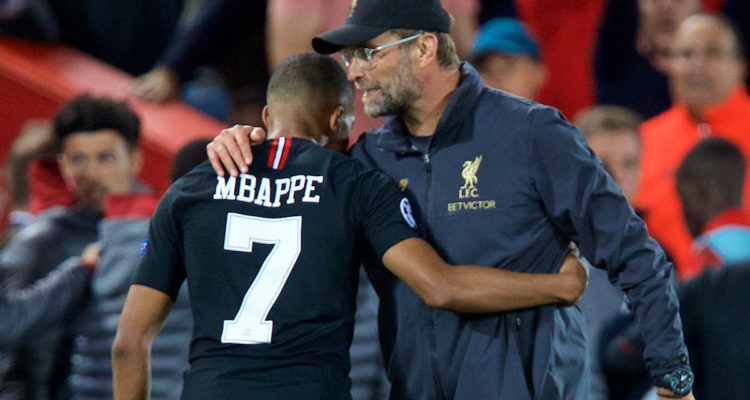 Liverpool coach Jurgen Klopp has reportedly called Kylian Mbappe’s father in a bid to convince the PSG star to move to Anfield.

The Reds have long been linked with the 21-year old who could cost as much as £250million.

According to French outlet Le10 Sport, Klopp recently spoke with Mbappe’s father over the phone as he tries to gain the upper hand over transfer rivals. The English club is said to be keen to sign the star ahead of next season.

The forward who won the World Cup with France in 2018 is under contract with PSG until June 2022.

Meanwhile, Real Madrid are also in contention to snap him up and a few weeks ago before the coronavirus lockdown reports had suggested the La Liga giants were leading the race to his signature.