Moses Chunga, adored in Belgium but ignored in Zimbabwe? 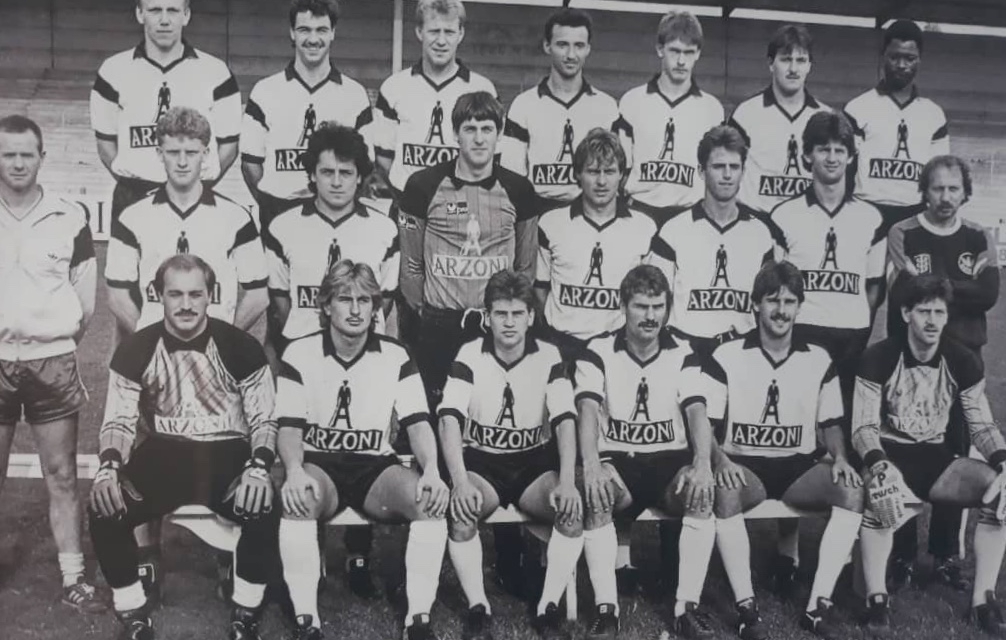 The 1986 Soccer Star of the Year was the first football player from an independent Zimbabwe to make it into Europe straight from the local league when he went and made the grade at Belgian second tier side Eendracht Aalst during a time when leagues in that continent opened very few doors for African players.

Chunga was honoured by the club in 2012 for the services he rendered during his time there from 1988 to 1992. During the “homecoming show” he emotionally cried as he received a standing ovation from the club’s fans in his first appearance at the stadium since his departure.

Bambo received five-star treatment during his 10-day stay in the city and was treated like a king there, with many pictures on the internet of fans jostling for the chance to take photos with him.

The same team, which he captained at some point,    named him in their team of the century!

In sharp contrast, in Zimbabwe, Chunga was on several occasions denied free entrance into a stadium to watch a local game, to the point that he complained and made a conclusion that football legends are not respected in the country.

Adored in Belgium but ignored in Zimbabwe?