S.A PSL in talks with Sports minister over league resumption 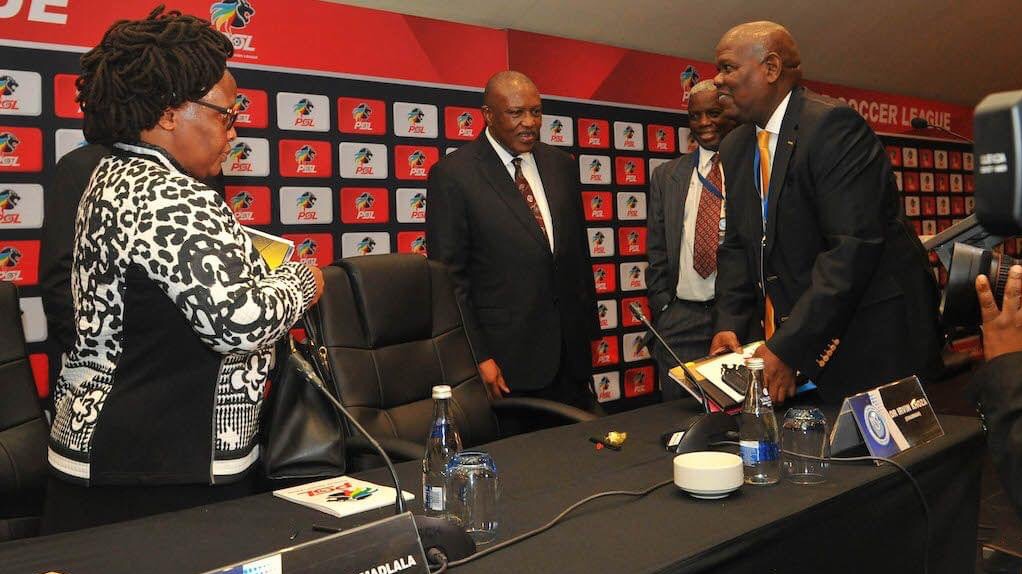 The South African Premier Soccer League officials are currently in talks with the country’s Sports Minister Nathi Mthethwa on how and when the 2019-20 season can continue, it has emerged.

South Africa is currently on extended lockdown enforced by government to curb the spread of the Covid-19 pandemic, a health crisis which has resulted in the world coming to a standstill, forcing all football activity to be placed on hold.

Dr Irvine Khoza, the Chairman of the PSL, has revealed that they are currently engaging the responsible ministry to usher-in the resumption of the season.

“Fifa has issued a directive providing the green light for the resumption of the leagues around the world. The directive extended 2019/2020 season by a month from June 30 to July 31. Remember, the season was supposed to end on the 30th of June 2020. This Fifa directive gives one condition to the resumption of the league – that the leagues must obtain a go-ahead from their respective government departments of health,” the Orlando Pirates supremo told IOL.

“The PSL is in discussion at the moment with the Minister and other relevant authorities to ensure that Fifa’s condition is met and we can work on the plans for the resumption of the league,” he added.

Log leaders Kaizer Chiefs were four points clear of second-placed Mamelodi Sundowns at the summit of the ABSA Premiership table when the league was suspended in mid March, with the defending champions having a game in hand.