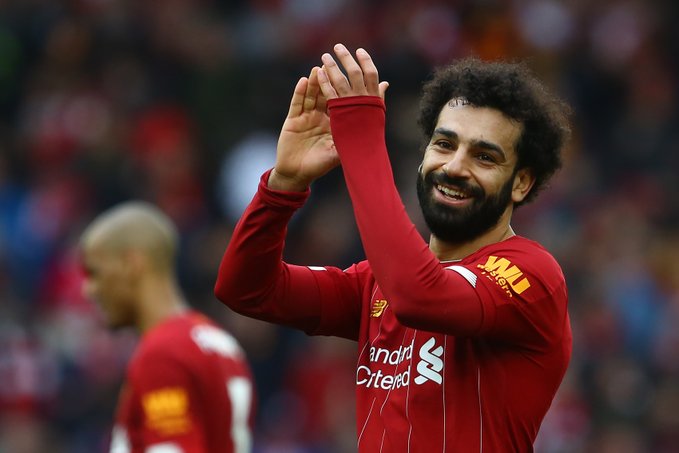 Mohamed Salah has laughed off Sky Sport’s suggestion that the forward’s services are no longer deemed essential at Liverpool.

The Egyptian posted​ three laughing emojis in response to a question from Sky on Instagram on whether the Reds should sell him or not.

The post had the caption: “Mohamed Salah, keep or sell? We look at why the Egyptian’s changing role means Liverpool might need to look for a new forward.”

Salah’s agent Ramy Abbas Issa also posted a series of tweets on Saturday night appearing to be in response to Sky’s post also.

Abbas tweeted: “In 2018/2019 M. Salah was the team’s top scorer in both the Premier League, and the Champions League.

“This season M. Salah is the team’s top scorer in both the Premier League, and the Champions League.

“Since joining Liverpool FC in 2017, M. Salah has missed out on zero Golden Boots….and he’s not a CF.”

He has scored 91 goals in 144 appearances for Liverpool since joining the club from Roma in 2017.