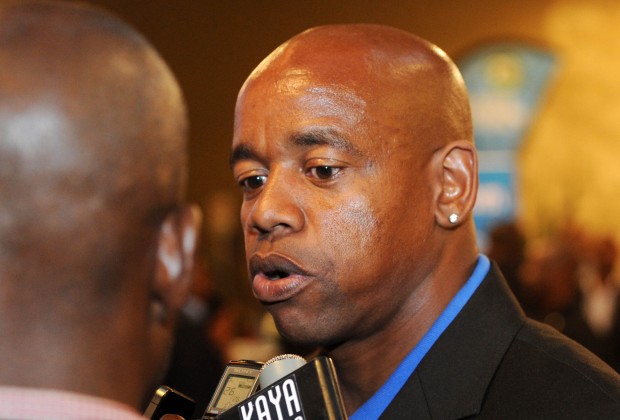 Former Warriors midfielder Esrom Nyandoro has launched a charity foundation that handed out its first philanthropic support over the weekend.

The retired star who is based in South Africa donated mealie meal to 300 people in Mzilikazi, Bulawayo where he started playing football.

Nyandoro posted on his Facebook account saying he was inspired by an anonymous buyer who underwrote the auction of his memorabilia.

The 41-year had announced that he would sell his national team shirts including the one he wore in the 2004 Africa Cup of Nations as well as the boots.

The proceeds were to be donated to the fight against the coronavirus in Zimbabwe and South Africa.

“The Auction was a success and someone who was touched by me sacrificing all the jerseys and boots bought everything and guess what he did thereafter, he gave me everything back as a gift.

“This touched my heart more than anything I’ve ever experienced in my life. The birth of something amazing took place, The Esrom Nyandoro Foundation.

“This is only the beginning and I will not do this alone I need to work with people like yourself,” he said.

The Esrom Nyandoro Foundation will help people in Zimbabwe and South Africa.