DYK: How Rufaro Stadium got its name 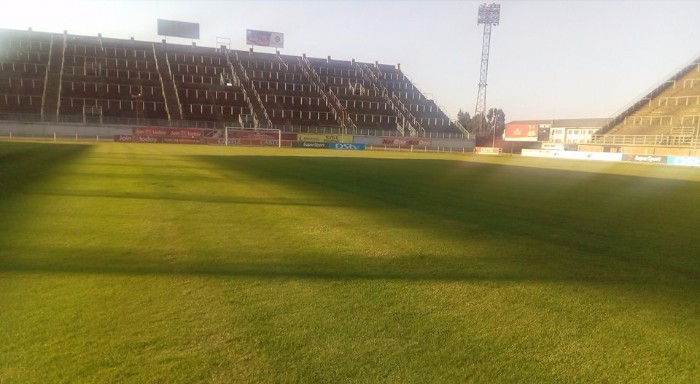 Ever wondered how Rufaro Stadium got its name?

Located in Mbare, the venue, formerly known as Number 1 Stadium, is owned by the Harare City Council. It was built in the early 70s by the Rhodesian Government, and has hosted several big matches and diflucan buy important events in the country including the viagra before and after 1980 Independence celebrations which featured Bob Marley.

The ground has been home to Dynamos for generations and at one point shared it with city rivals Caps United who later adopted the National Sports Stadium.

Two-time Championship winning side Black Rhinos has also used the venue, and all the national football teams hold fond memories there, with the Mighty Warriors beating Lesotho 15-0 in 2002 and the 2016 Olympics qualifying campaign.

But the big question most people, especially the viagra online nz younger generation, has failed to get the answer from is where did the name Rufaro come from.

Is it because the ground, generally referred to as the home of football, brought happiness, as its name suggests, to any team which played there?

Former Dynamos captain and 1994 Soccer Star of the Year Memory Mucherahowa who played on the turf for most of his career was also in darkness and had to take it to Twitter to look for help.

He got the price levitra online tablets canada answer and according to veteran journalist Robson Sharuko, the origins of the name come from an opaque beer called Rufaro which was brewed by the Harare City council under their Rufaro Marketing company.

It used to be called Number One Ground and it was then called Rufaro coz the City Council used to hv an opaque beer koled Rufaro, under Rufaro Marketing, and the city fathers felt there was a happiness ring to football too and diflucan 50mg settled for that name

That was long back ago before the Independence and the beverage is no longer produced.

This leaves us with another question – why the council is still holding on to a brand that is no longer existing?

Initially,it was a nice move by the city fathers to promote the beer but is it still viable?

Efforts to get the venue renamed hit a brick wall in 2014 when the HCC refused to sell the naming rights to Savana Tobacco who wanted it called Pacific Stadium.

The deal would cost US$10 million and it sounded cool for the owners.

But that wasn’t meant to happen, the council didn’t want the name Rufaro removed completely and the parties failed to agree.