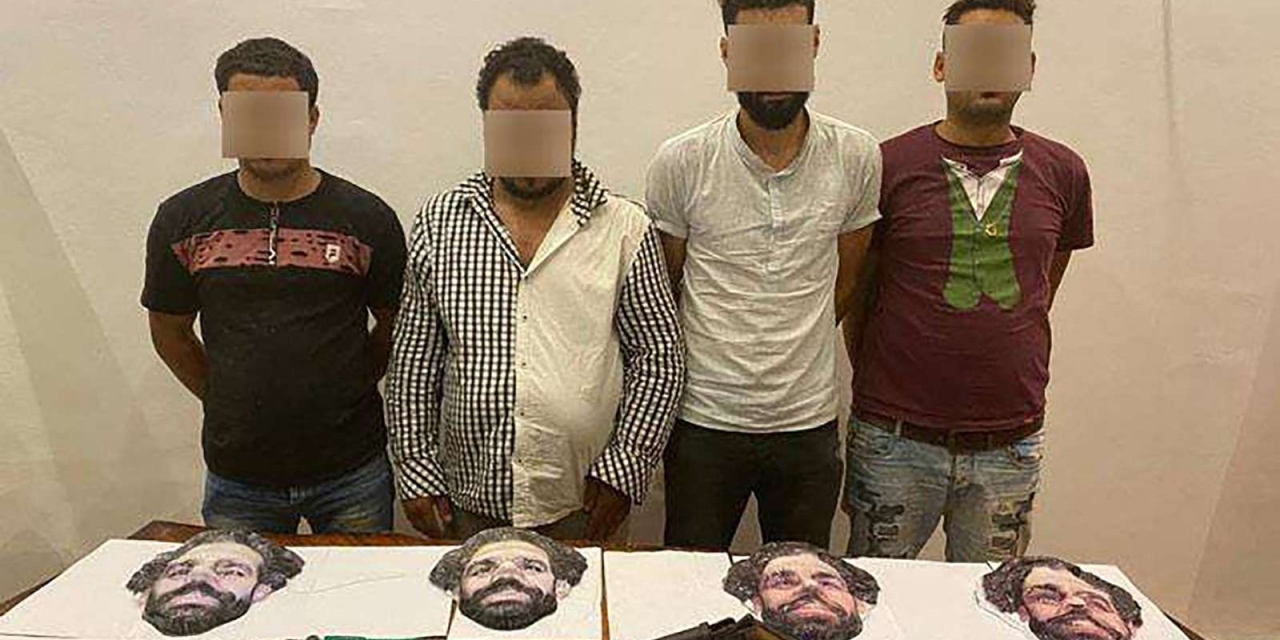 A gang of four armed thieves have reportedly been caught by the police, trying to rob a store in Cairo, Egypt while wearing masks of Mohamed Salah to conceal their identities.

According to Masrawy.com, as cited by Goal, the quartet was busted by the security forces robbing a shop on Hassanein Heikal Street, in the Nasr City neighbourhood of the Egyptian capital.

The report says the robbers tried to escape after being approached but were eventually apprehended.

All the four men were wearing masks of Salah who is a huge star in his home country.

The Liverpool forward has been a key player for the national team with 41 goals in 67 games for his country but his standing only increased after his move to the Reds in 2017.

He has also been in the news recently following comments from a former assistant coach of the Pharaohs Hany Ramzy who said the 27-year old turned down a good offer to join Real Madrid.

However, the player’s agent Ramy Abbas has since dismissed Ramzy’s claims as false, saying his client wouldn’t have discussed such career plans with the coach.