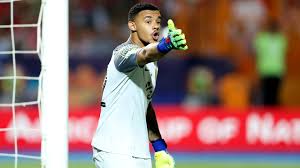 The club confirmed the immediate release of Furman on Wednesday. The midfielder is set to return to the UK to join his pregnant wife.

And with league campaign yet to round up, Williams will start to wear the armband when the games resume.

SuperSport United and @BafanaBafana international goalkeeper Ronwen Williams has been named as the new captain taking over from former captain Dean Furman.