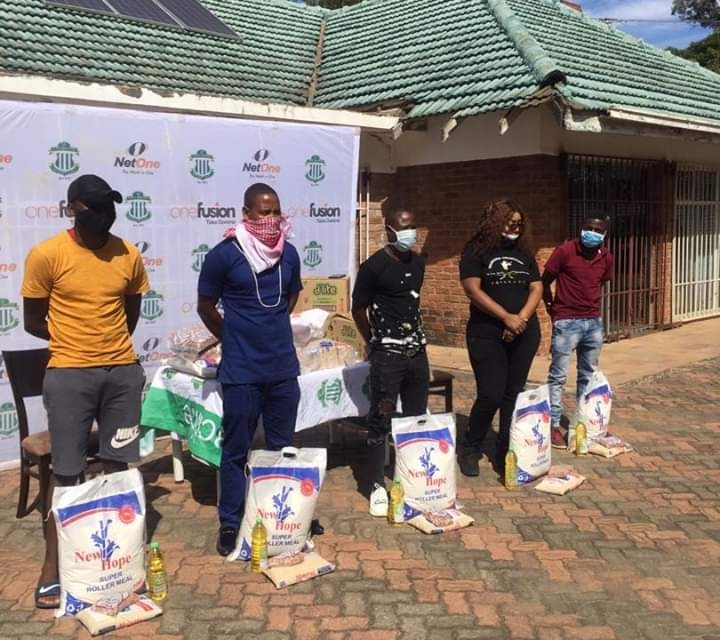 That the local Premier Soccer League players are not well-paid is an open secret. The quick-fire rate at which players in Zimbabwe grab the opportunity to cross the river Limpopo to seek greener pastures in the ABSA Premiership is a clear testimony of how low remuneration in the local top flight is- that is a fact everyone is aware of.

The Covid-19 crisis however, has zoomed-in the picture for all to see more clearly.

With many clubs struggling to cope with crisis financially, players have suffered the most. Realistically though, it’s not the clubs’ fault considering the global crisis has affected everyone, with even European teams cutting player salaries,  but that can’t stop the necessary examination of the welfare of local players.

This week, pictures of Harare giants CAPS United, one one the biggest clubs in the country based on history and following, receiving food packages donated by a Harare-based car dealership, told of the sorry state football players in the local league are in.

“Yellow (Method Mwanjale) was at some point the Mamelodi a Sundowns captain but now he is lining up to be given one bottle of cooking oil and rice,” lamented one fan in responce to the picture accompanying the story on Soccer24.

The fan’s spot on observation is in sharp contrast with the situation in South Africa, where unlike here, players like Willard Katsande and Kuda Mahachi have come to the rescue of people in their native Zimbabwe with donations.

In addition, this week also, apostolic sect Johane Masowe eChishanu donated food hampers to Highlanders players to ease the effects of the pandemic on the Bosso team.

In any normal society, football players are public figures considering how loved the game is, and mormaly, amid such a crisis, footballers should be the ones aiding the needy with food, but in the local top flight, its the other way round.