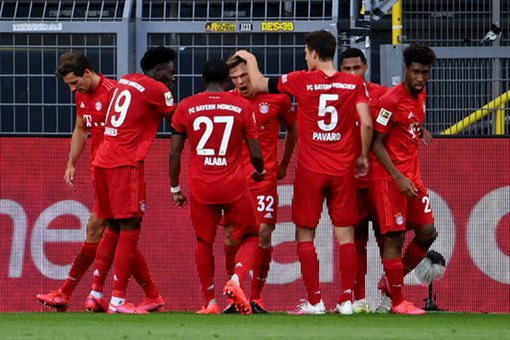 Billed as the potential title decider with four points separating the two sides prior to kick off, anything other than a Dortmund win would see Baryen on course for their eighth successive Bundesliga title.

Both teams had a share of possession in the first half but it was Kimmich’s well-taken chip on the stroke of half time, the second goal Dortmund have conceded in 7 league matches, which proved to be the difference.

Hans-Dieter’s men are now seven points clear at the summit of the table.